J. P. Calderon is a volleyball player, model, plus T.V personality. He is with The Janice Dickinson Modeling Agency. 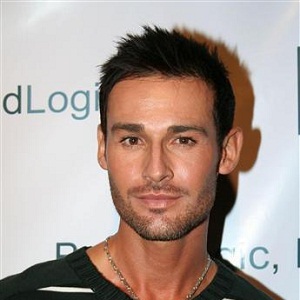 All of my fears, everything that I was scared of ... it was the complete the opposite. It’s been great. All of my friends, the volleyball world, absolutely everybody has been supportive. No one has shut me out.

J. P. Calderon is an unmarried person but is engaged to his boyfriend who is a real estate agent.

After being in the relationship with Julz Heaney for a long time since 2007, they finally engaged in October 2013.

J. P. Calderon is a professional volleyball player, model, plus T.V personality. He is associated with The Janice Dickinson Modeling Agency.

His parents‘ names were Edwin (father) and Xinia (mother).

He was raised up along with his elder brother named Peter. J.P’s mother died from breast cancer when he was only nine years old and his father died in 2005.

J. P. Calderon was offered a volleyball opportunity in 1998 in Barcelona but he decided to finish degree first. Later on, he worked as the assistant coach for the Long Beach State University women’s volleyball team.

In 2004, this player was ranked in the Association of Volleyball Professionals player. After the death of J.P’s dad, he got the opportunity to be on the show Survivor (2006).

Then in the year, 2007 J.P entered the modeling world. He was involved with the ‘The Janice Dickinson Modeling Agency’.

The estimated net worth of this player plus model is around $500 thousand.

As per the reports, the average salary of a model is between $32k-$48k per annum.

Currently, there are no drastic rumors regarding J.P’s personal and professional life. Also, he hasn’t been a part of desperate controversy yet in his career yet.

Coming Out as Gay

Calderon with an interview with Instinct Magazine announced that he is gay.

The interview was held in Feb 2007. He said that all of his friends were very supportive of being homosexual and they didn’t shut him away.

Calderon is a tall person with a height of 6 feet and 2 inches and a weight of 80 kg. He has beautiful dark brown eyes and hair in black color.

Calderon is active on social media. He has a Facebook page and is followed by over 1.7k followers on Twitter.