Updated On December 27, 2022 | Published By: Neil Richard
Share this
Divorce 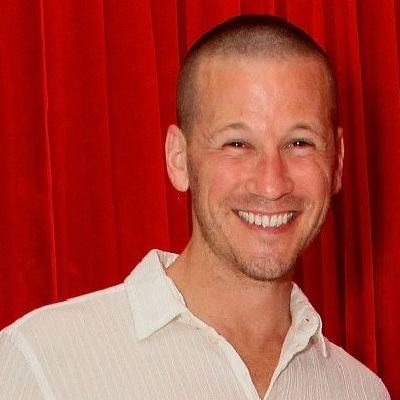 What is the relationship of J.P. Rosenbaum?

J.P. Rosenbaum is a divorced man.

He was previously married to Ashley Hebert. His ex-wife, Ashley is a dentist by profession.

The couple met each other through the TV program, The Bachelorette.

On 1st December 2012, they tied the knot after a long engagement. Together, they have two children; Fordham Rhys Rosenbaum (b. b. 30th September 2014) and Essex Reese Rosenbaum (b. 4th November 2016).

The ex-couple decided to split after eight years of their relationship.

Who is J.P. Rosenbaum?

J.P. Rosenbaum is a TV Personality. He is renowned as the winner of the 7th season of ABC’s reality TV program, The Bachelorette.

Last, in 2020, he appeared in The Bachelor: The Greatest Seasons as a guest.

J.P. Rosenbaum was born on 23rd February 1977 to Ilene and Peter Rosenbaum. He is born and brought up in Roslyn, New York.

He has a brother, Roy Rosenbaum. They are of Jewish-Germanic ethnicity. Moving towards his academics, he completed his High School education at the Herricks High School.

J.P. Rosenbaum started his career as a construction manager. However, in 2011, he came into the limelight when he appeared in ABC’s reality TV show, The Bachelorette as a contestant among the 25 men.

In the 10th week, he was declared as the winner of the season leaving Benjamin “Ben” Flajnik as the runner-up. Following the fame from the series, he started making his appearance in TV series like Jimmy Kimmel Live!, and Bachelor Pad.

In 2016, he appeared in the TV series, Marriage Boot Camp: Reality Stars along with his wife, Ashley. The year, he also appeared in the American game show Who Wants to Be a Millionaire as a contestant. As of now, he is continuing his career as a construction manager.

How much is the net worth of J.P. Rosenbaum?

J.P. Rosenbaum has brown eyes with brunette hair. He has a decent height and an average weight.

Talking about his appearance, he has a charming persona with an oval-shaped feature. He prefers to have short hair with slightly grown facial hair.

He came into the headlines for his relationship. Through the Instagram post, he and his wife, Ashley announced that they are separating from each other. In the post, he mentioned that they have been separated for months.

In the post, he added that there is no one to blame for the separation. Also, he told via post that they had tried their best to repair their relationship but failed.

J.P. Rosenbaum and Ashley Hebert are getting a divorce!