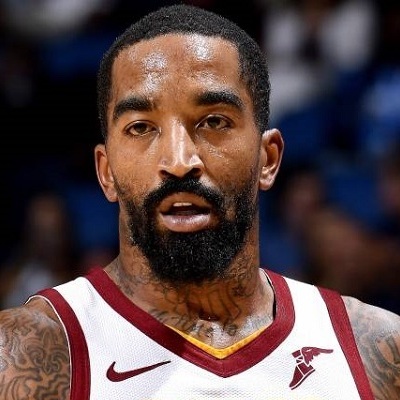 “Trying to think about the rest of the team over myself or my scoring is something that I never really had to do before.”

“I'd rather take a contested shot than an open shot any day.

JR Smith married Jewel Harris in August 2016. They have three daughters together. Besides, he has another daughter from a previous relationship. He also had multiple extra-marital relationships.

American basketball player Earl Joseph “J. R.” Smith III is a two-time recipient of the coveted Sixth Man of the Year Award in basketball. Earl Joseph’s nick is J.R. He also goes by his other names- TheRealJRSmith, The Prodigy, and J.R. Swish.

Earl Joseph J.R. Swish plays the position of Small Forward and Shooting Guard in the NBA. The Cavalier shooting guard  JR will play basketball as a Free Agent up until 2022 with the Cleveland Cavaliers.

J.R. Smith was born Earl Joseph “J. R.” Smith III on 9 September 1985 in Freehold Borough, New Jersey, USA, to Ida Smith and Earl Smith. J.R. and his three brothers and two sisters grew up in Clarksburg in Millstone Township in New Jersey. Two of his brothers, Dimitrius and Chris are renowned in sports circles.

J.R. Smith was educated at Saint Benedict’s Preparatory School, New Jersey. Earl finished his school in 1998, and from 1999 to 2000, he studied for a semester at Steinert High School, in Hamilton Township School District, Mercer County, NJ. He was dissatisfied, as Steinert High offered no sporting opportunities. J.R. then transferred to the Trenton-McCorristin Catholic High in the same county for another semester. Thereafter he again requested another transfer to Lakewood High, where he could play basketball. Here, J.R. repeated his freshman-year, and also played basketball for two seasons at Lakewood High.

He was successful in the 2004 NBA Draft. J.R. was the 18th overall pick to be selected by the New Orleans Hornets. Since then he has not looked back.

JR Smith started his care with New Orleans Hornets in 2004. But he had poor work ethics which irked his coach.  In 2006, he got traded to Chicago Bulls and in 6 days ended up with Denver Nuggets. He started off with them with a lot of mistakes but soon did some good scoring with them. He performed well here and also got some awards. Due to NBA lockout in 2011, he signed with Zhejiang Golden Bulls,  China for a year.

For next 3 years,  he was with New York Knicks. And until 2019 he was with Cleveland Cavaliers.

2004, J.R was awarded by the Parade All-American Second Team Award.

2004, J.R. was the Western Conference Rookie of the Month three times for January, February, and March consecutively.

2012, 2013, Swish received the Sixth Man of the Year Award for two years consecutively.

Controversy #1.  His wife Jewel claimed that she discovered J.R. is having an extra-marital affair with Candice Patton- the latest in his string of affairs.

J.R. was fined $50,000 US for unsportsmanlike behavior. He used to drink in public and had choked a teenager. In 2018,  he was suspended for throwing soup at assistant Damon Jones. And in 2012, he paid a fine of  $25,000 US for posting a picture of model Tahiry Jose on Twitter.