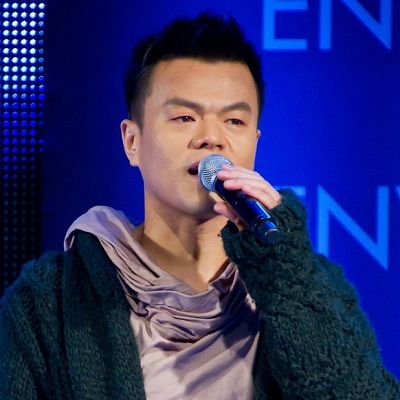 J. Y. Park’s relationship status- married! The wedding took place on 10th October 2013. His wife is nine years younger than him. Together they have a daughter born on January 25, 2019.

He welcomed his newly born daughter with a picture of her holding his finger and a sweet message on Instagram,

“Today a little after 10 in the morning, my daughter was born.

I couldn’t sleep since yesterday, so my voice is a mess.

I still wanted to give her a present, so I made this.

I want to share it with all the parents and children of the world.”

Previously, he was married to Seo Yoon-Jeong. However, in 2009, they divorced.

His favorite pastime is playing with his pet puppy.

Korean J.Y. Park is an award-winning singer, songwriter. He is also a record producer, record executive, and reality television judge. He is renowned as the Judge of the reality TV show, K-POP Star.

He is also the Founder and CEO of JYO Entertainment.

J.Y. Park was born Park Jin-young on December 31, 1971, in Seoul to Park Myung-noh and Yoon Im-Ja. They are of Korean ethnicity holds the family name Park.

He and his older sister were raised together in Seoul.

– 2004, the first Asian producer to cross-over to the US and produced music for Will Smith, Mase.

– 2008, he collaborated with Jackie Chan for the project, I Love Asia.

-2009, the first Korean songwriter to enter the Billboard Hot 100 Chart.

In 2011, he debuted with the movie, Dream High as Choi Young. Later, he was featured in its sequel, Dream High 2. His other movies include 2012- The Wonder Girls Movie, 2013- Queen of the Night.

Apart from his albums, he is famous for his singles too. In 2012, he released his first singles with South Korean singer, Gain. The peaked at the position of 2 on the Gaon Music Chart.

Songwriter, Kim Sin-il sued Park claiming that song, Someday plagiarized from his song, To My Man. Park is the composer for the song, Someday.

Kim claimed that the beginning including jazz chords of both the songs was identical. However, Park denied the allegations. In 2012, the Seoul Central District Court ordered to pay 21.67 million Won to Kim against the damage.

Later, in 2013, the Seoul high court ordered him to pay 56.93 million Won to Kim. However, the decision was overturned by the Supreme Court with the new evidence that the melody and chords were very common.

J. Y. Park has an estimated net worth of $190 billion won which is equivalent to $160 million US.

As a reality show judge, his average salary is about $47k US. His salary as the CEO is around $158k US.

According to web magazine, allkpop, Park owns a 17.8% stake in JYP Entertainment. The stake is evaluated to be 192 billion won which is equivalent to $0.16 billion US.

He is a black-eyed brunette. His height is 6 feet and weighs around 78 kg.

He has a YouTube Channel with the name jypentertainment with 14.5m subscribers and 1039 Videos.