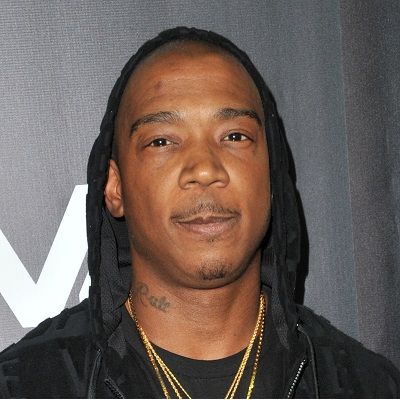 There is only one me

I feel like unforgiveness, bitterness and resentment, it blocks the flows of God's blessings in life

I'm a breakfast type of guy. Don't get me wrong. I can cook, I'm kinda nice on the burner, but I enjoy making breakfast. I do it all... Scrambled eggs... French toast... Pancakes... Breakfast is my thing

The best decision I ever made, period, was to get into the music business

I love to see my family together. That's what life is about. It's about family.

What is the relationship of Ja Rule?

Ja Rule is in a married relationship. He has exchanged vows with his high-school love Aisha Murray in 14 April of 2001.

The couple has three children together including two sons and one daughter. In 1995, they gave birth to a  baby girl and named her Brittany.

Who is Ja Rule?

Jeffrey Atkins who is well-known by his stage name ‘Ja Rule, is an American rapper, singer, and actor.

He is regarded as one of the most successful rappers of all time in the United States of America.

His style combines hardcore rap with heavy metal and pop which creates music that is unique and is also of global appeal.

Ja Rule was born on February 29, 1976, in Hollis, Queens, New York City, the U.S. He was born to Debra and William Atkins. His father left when he was very young.

In addition to this, his little sister, Kristen died when she was in the womb of their mother.

So, his mother raised him by herself as the only child. He is of Afro-American ethnicity. Similarly, he is of American nationality.

He went to Public School 134 where he was bullied by his schoolmates because of his small size.

Tired of all the incidents, his mother shifted him to Middle School 172. The information about whether he went to a university or not remains unknown.

Ja formed the classic hip-hop group Cash Money Click with two friends in 1993 and released some singles in 1995.

Even though, their music attracted some attention, the group could not make a big impact as one of the partners was imprisoned.

1999 was his breakthrough year. That year he released his debut album called ‘Venni Vetti Vecci’ which debuted at No. 3 on the Billboard 200.

Moreover, it became a smash hit and was certified Platinum in the U.S. by the end of the year.

The following year, he brought out ‘Rule 3:36’ which did even better and debuted at No. 1 on the Billboard 200. Eventually, the album went Multi-Platinum.

In the year 2000, he made his film debut with the hip-hop drama ‘Turn it Up’. After that, he did minor roles in ‘Fast and the Furious and ‘Half Past Dead.

Furthermore, it also topped the Billboard 200. In total, he released seven studio albums.

In addition to this, he has earned a total of four Grammy awards. However, he is yet to win one.

According to Celebrity Net Worth, Ja has a net worth of $8 million as of 2022.

His primary source of income includes his music career and foundation of Record Labels, alongside albums and tours.

Additionally, he also earns from his TV and movie appearances.

His professional life has always had controversies. He was involved in many public feuds with rappers like 50 Cent and Eminem.

Furthermore, he also has had brushes with the law for tax evasion and drug possession.

The rule was involved in the Fyre Festival controversy. He claimed that he was scammed and lost money through his involvement with 2017’s Fyre Festival.

Furthermore, there were rumors of him being gay and cheating on his wife.

He has brown eyes and black hair.

Ja Rule is an active user of social media.

You may also like to read about the bio, career, body measurements, net worth, etc of Flo Rida, Soulja Boy, and Eminem.