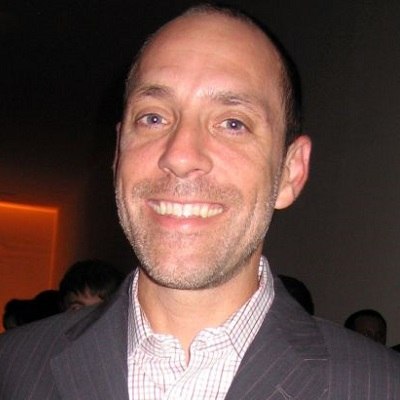 Jace Alexander is married to Maddie Corman. His wife, Maddie is also an actress by profession. The couple got married on the 6th of Septemeber 1988. The wedding took place in Carmel, New York.

Together, the couple is blessed with three children. Being a protective parent, they have not shared names about their children.

Who is Jace Alexander?

American Jace Alexander is a former actor, director, and producer. He is renowned as the director of the TV series, Warehouse 13.

In June 2016, he was convicted for the promotion of Child Pornography.

Jace Alexander was born on the 7th of April 1964 in New York City, New York to Jane and Robert Alexander. His birth name is Jason Edward Alexander. He is of Mixed (Scottish, Germanic, British, Dutch) ethnicity.

His mother, Jane is an actress, director, and author by profession. Also, his father, Robert happens to the former founder and director of the Living Stage Theatre Company.

His parents parted their ways via divorce. After that, Jane remarried to the producer and director, Edwin Sherin. He has three half-brothers; Tony, Geoffrey, and Jon from his mother’s side.

During the university days, Jace Alexander started his career in the theater as the stage manager of the Broadway. At the time, he used to manage Broadway’s play, The Caine Mutiny Court-Martial.

Besides that, he played small minor roles in the play too. Following that, he appeared in the stage plays like I’m Not Rappaport and Six Degrees of Separation. Later, he got famous for the character, Lee Harvey Oswald in the musical play, Assassins.

Besides theater plays, he is popular in the movies too. However, his appearance in the movies was limited to some small roles only. Some of his TV series include Eight Men Out, Matewan, Crocodile Dundee II, City of Hope, Clueless, and Jodi Arias: Dirty Little Secret.

After acting, he expanded his career direction. For that, he attended New York University to study direction. His direction credit includes the TV projects including I Just Want My Pants Back, Warehouse 13, Rescue Me, Love Monkey, and Now and Again.

However, he is popular for directing the TV series, Law & Order.

Besides being an actor and director, he was also active as a producer too. Some of his production works include Royal Pains, Warehouse 13, Six Degrees, Golden Boy, and The Blacklist as co-executive producer.

As of 2020, he has an estimated net worth of $100 thousand. Details on his salary are not available.

Jace Alexander has blue eyes with brunette hair. He has a decent height and weight. However, details on his body stats are not available.

On the 29th of July 2015, the New York police arrested him on the child pornography charges in New York. At the time, they found files related to child pornography in his New York home. Due to this reason, he signed as the vice president of the Directors Guild of America. After that, Brooke Kennedy replaced him as the Vice President.

In January 2016, he pleaded guilty for the promotion of the sexual acts performed by children. For the charge, he was sentenced for 10 years of prohibition along with seven years of prison.

You may also read the bio of John Crowley, Chris Payne Gilbert, and Ricky Brown.