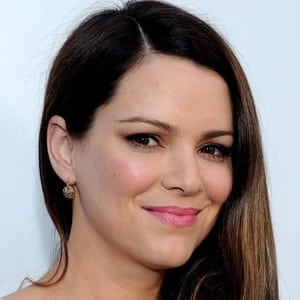 Living in different cultures helped me work out who I was going to be, separate from where I came from.

What is the relationship of Jacinda Barrett?

Jacinda Barrett was previously in a relationship with TV host and comedian Chris Hardwick. They were together for four years. Additionally, the couple was also engaged during this time.

They later separated in 1999. Currently, she is a married woman. She is married to actor Gabriel Macht. The pair married on 29 December 2004. They have two children together: Satine Anais Geraldine Macht and Luca.

Who is Jacinda Barrett?

Jacinda Barrett is an Australian–American actress and former model. People mostly know her as the cast member on ‘The Real World: London.’

Additionally, she has appeared in several movies including ‘The Human Stain’, ‘Bridget Jones: The Edge of Reason’, and ‘Ladder 49’ among others.

Barrett was born in Brisbane, Australia on August 2, 1972. She was born as Giacinta Juanita Cordelia Arabella Luciana Rosalina Barrett to parents Jerry and Lyn Barrett.

Jacinda developed interests in modeling and acting since her childhood years. She is of American and Australian nationality. Furthermore, there are no details available about her ethnic background at present.

Talking about her education, Barrett attended San Sisto College. Additionally, she was also enrolled at the British American Drama Academy.

Barrett initially entered and won the annual Dolly Covergirl contest in Australia in 1988. Later, she began modeling at the age of 17 throughout Europe.

Her first television appearance was as a cast member on MTV’s ‘The Real World: London.’ In 1997, she played the role of Heather Wallace in the movie ‘Campfire Tales.’

Since then, she has appeared in several other movies and television series. All in all, she has over 30 credits as an actress.

Barrett garnered the AFI International Award in 2007 for her performance in ‘The Last Kiss.’

Barrett has not revealed her current salary. However, she has an estimated net worth of around $4 million as of 2022.

Barrett became part of several controversies after her ex-boyfriend Chris Hardwick was accused of sexual abuse.

Jacinda later defended her ex-boyfriend which was criticized by many. At present, there are no rumors concerning Jacinda and her career.

Furthermore, her hair color is light brown and her eye color is dark brown.

Barrett is active on social media. She has a huge number of followers on social networking sites such as Instagram and Twitter.