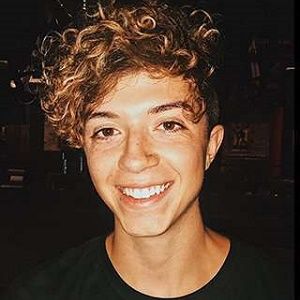 “My love, you are the mother of our child and there is no one else in this world that I would want to be with. You are my other half, and i’m so lucky to call you mine. I love you forever. And now, the most amazing possible thing that could ever enter my life is my gorgeous daughter.

Zack Avery is currently in a relationship with an Instagram star Gabriela Gonzalez. Gabriela has also posted several lip-sync and comedy videos on her official Musical.ly account. This couple started dating in early 2018 and on 22 April 2019, they have welcomed their first daughter. It is a girl and they named her Lavender May Avery.

Who is Jack Avery?

Jack Avery is an emerging musical artist. He is popular as a singer, songwriter as well as a social media star. this artist is currently associated with the five-piece boyband Why Don’t We.

He was born on July 1, 1999, in Burbank, California and was moved to Susquehanna, Pennsylvania. His mother’s name is Kristin Stanford and father’s name is John Avery. He has three sisters as siblings named Sydnie, Isla, and Ava. Jack holds American nationality with unknown ethnicity.

Regarding education, he has attended the Susquehanna Community High School and passed his graduation diploma in June 2017.

Jack used to play basketball before taking music more seriously. He then went for a social media tour in 2016. He has met many other emerging starts like Daniel Seavey, Zach Herron, Jonah Marais, and Corbyn Besson through social networking sites.

After this in September 2016, they formed a pop boyband Why Don’t We. Their EP Why Don’t We Just was a huge hit and managed to reach the top of the US Heat charts. Their musical band’s official website is whydontwemusic.com. In November 2016, his music group released their debut EP, Only the Beginning.

Zack has also done a short film called Fearless Five in 2015. Besides acting and singing, Jack is also known for his social media presence. He has more than 1 million followers on his social accounts.

Besides being a famous singer and social media face, Jack hasn’t received any awards or nominations yet.

As per the sources, this artist has earned a net worth of $300 thousand. However, other incomes and earnings of Zack are yet not revealed.

This young celebrity hasn’t given any bad news yet. He is far away from rumors and controversies.

Jack Avery has a height of 1.70 m with a body weight of 61 kg. His eye color and hair color are in dark brown and has fair skin complexion. The curly hair, chiseled jawline, and a nose piercing of his made him different from other singers.

Jack Avery is active on social media. He has a huge number of followers on Facebook, Instagram, and Twitter. His fans figure accounts around 56.8k, 1.7 m, and 708k respectively.

Furthermore, this musician is also popular on YouTube with his own channel which has more than 233k subscribers.

Singer Jack Avery, 19 has become a proud father of a daughter for the first time!