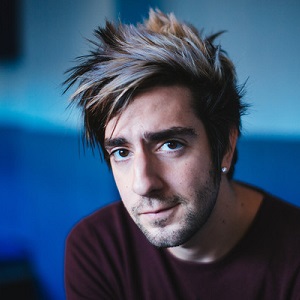 Do what makes you happy, think later

Life is like Candy Land, there is many paths to take, sometimes you run into Lord Licorice but the end will always be Candy Castle

Don’t get stressed over the little things and make sure you live life to the fullest.

Keep the change, you filthy animal

What is the relationship of Jack Barakat?

Jack is not married until now.

As per his relationship or dating life, he dated Playboy Model, Holly Madison for a few months. In 2014, he was in a relationship with singer/songwriter, Taylor Jardine.

Other than that, there is no information regarding his personal life. Although he might have been in many other relationships, it is unknown to the media and the public.

As of now, he is single and we can only wait until he finds his perfect match.

Who is Jack Barakat?

Jack Barakat is a popular pop-punk guitarist of the famous brand, “All Time Low”. He is the lead guitarist in the band.

Additionally, he also provides backing vocals in the songs. Multi-talented Jack is a prominent figure in the media and among pop-punk fans. Furthermore, he also has his own hair care product.

Presently, he along with his band is working on a new album named “Last Young Renegade”. The album is set to release on June 2, 2017.

Though he was born in Lebanon, he grew up in the U.S. When he was a small child, his family him moved to Baltimore, Maryland. He was raised there.

As per his education, it is not known which school and colleges he went to. But it was during his high school days when he along with Alex Gaskarth formed the band.

Jack is a guitarist and vocalist by profession. His musical career was initiated after he along with other band members started covering songs during his High School days. In November 2003 he released 4 EPs along with his band and toured for years.

Their first studio album was in July 2005 named, “The Party Scene. Afterward, in 2007, they released their second album, “So Wrong, It’s Right”. They worked hard on every song and tour. Consequently, that paid off and now they are one of the popular names in the world of punk-pop.

Additionally, Jack, with his band also released albums like, “Nothing Personal”, “Dirty Work”, Don’t Panic”, “Future Hearts”, and others. Presently, they are working on their new album, “Last Young Renegade”, which is set to release on June 2, 2017.

Jack’s salary is unknown and his net worth is estimated to be $1 million.

Back in 2013, he was part of a rumor about dating then 17-year-old actress/singer, Abigail Breslin.

Presently, he isn’t part of any rumors or controversies that surround his personal or professional life.

Jack has a height of 6 feet 2 inches.

His body weighs 82 kg. He has black hair and dark brown eyes.

Also get to know more about the birth facts, education, career, net worth, rumors, height, and social media of different personalities like Ray Toro, Rob Patterson, and Chris Robinson.