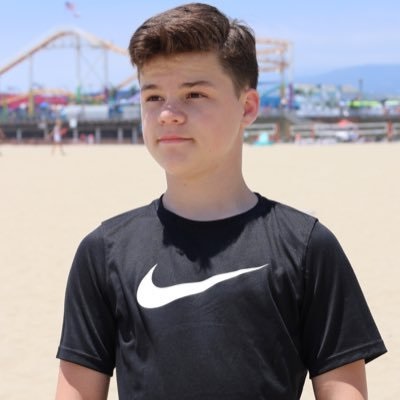 Previously, he was dating fellow social media star, Samantha Frank. Samantha is a TikTok star. As of now, they have any shared details about their dating.

However, they have known each other since kindergarten. They recently broke up with each other in June 2020. Later, he also uploaded the video on his YouTube channel explaining the reasons behind the beak up. As of now, they are still friends and have each other’s back.

Who is Jack Doherty?

Jack Doherty is a YouTube Personality. He is renowned for her funny YouTube channel that went viral on the web.

He has an elder brother, Michael, and a sister, Joanna. They are of Irish-Polish ethnicity. From Joanna, he has a niece, Sophia.

His father and brother have featured the YouTube video of Jack. To date, he has not shared any details about his educational background. However, he attending a school.

On the 14th of July 2016, Jack Doherty started his career as a social media star with the self-titled youtube channel. In the channel, he shares events of his life, pranks, and many more. In the channel, he uploads new videos on Sunday, Wednesday, and Friday.

With his imagination of YouTube content, he has managed to earn over 3.23 million subscribers with more than 443 million views which are in increasing basis with time.

Apart from YouTube, he is extremely popular in TikTok for funny videos. As of now, he has around 2.7 million followers with over 50.2 million likes.

As of 2021, he has an estimated net worth of $2.88 million, Through his YouTube channel, he makes in the range of $32.4k – $518.5k. Besides that, his Instagram post also has a significant attribution to his net worth.

Apart from that, per post on Tik Tok, his earnings are in the range of $1.2k to $2k with an engagement rate of 5.63%. Also, he makes through his merch as well.

Back in 2018, he was caught up in the controversy when he made the video, EXPOSING NINJA! where he disclosed the Ninja’s direct message to take down the donation video that he did to Ninja. If else Ninja would strike his channel.

Also, Ninja mentioned that he would refund all of Jack’s donations. However, Jack showed that he has donated $300 to Ninja that was not refunded. After the high voltage drama, Jack twenty-three thousand dislikes in the video.

Jack Doherty has brown eyes with brown hair. He stands at a height of 5 feet 6 inches and weighs around 62 kg.