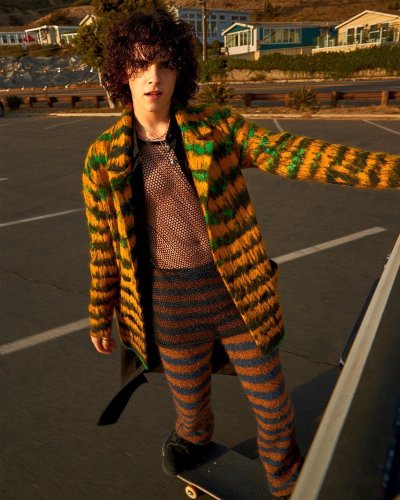 Jack Dylan Grazer opened about his sexuality on an Instagram Live. Jack took this opportunity to make his fans aware of his sexuality. In the Q&A one of his fans asked him if he is gay to which he replied,

After the Live, he even announced his pronoun which he prefers on his Instagram page and elucidated that he goes by either he or they identifiers. But seems like he has already made changes in his Instagram and kept it how it was previously.

Jack might be taking his own time to process and deal with things regarding his sexuality. Coming out always takes huge courage and his coming out as bisexual has made his fans very pleased and proud of him. Fans are glad to find out someone from the LGBTQ+ community got to play a big role in Luca.

How much is the net worth of Jack?

Jack Dylan Grazer has a net worth of $500 thousand as per Celebrity Net Worth. He has worked in films like Tales of Halloween, It, Beautiful Boy, Shazam!, It Chapter Two, Don’t Tell a Soul, Luca, Ron’s Gone Wrong, and Shazam! Fury of the Gods.

Grazer has also worked in few TV series The Greatest Event in Television History, Comedy Bang! Bang!, Me, Myself & I, Speechless, Robot Chicken, and We Are Who We Are. He has been playing the main character of Fraser Wilson in the 2020 TV series We Are Who We Are.

American Jack is a Fright Meter Award-winning actor. Grazer is renowned as Eddie Kaspbrak of the movie, IT and IT Chapter Two.

Last, in 2020, he appeared in the TV series, We Are Who We Are as Fraser Wilson.