Jack Falahee is an American actor. Jack Falahee has kept his personal life private and out of the spotlight

Jack Falahee has kept his personal life private and out of the spotlight. He usually doesn’t talk about his private life in media and public. He prefers people focusing on his work rather than his personal life. He hasn’t mentioned about his affairs publically and has managed to keep it low profile.

There is no any record of his marriage and divorce till now. He has not clarified about his married life, affair, girlfriend, and spouse till the present time. It seems like he is sharpening his strength and skills to make his all dreams come true rather than being stuck in a relationship. 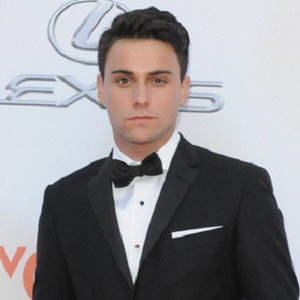 If I wasn't acting, I would sail professionally. Nowhere specific, but I'd sail to Bermuda, South Africa, ya know, get paid to race in Regattas, I think that'd be pretty rad

A great byproduct of a TV show, movie, or play is when it can act as a catalyst for someone.

Who is Jack Falahee?

Jack Falahee is an American actor. He is best known for the portrayal of Connor Walsh on the ABC television legal drama How to Get Away with Murder (2014-present).  He is also famous for playing Frank Stringfellow on the PBS historical drama Mercy Street (2014).

Jack Falahee was born on 20 February 1989, in Ann Arbor, Michigan, USA. His full name is Jack Ryan Falahee. He spent his early childhood life in Ann Arbor, Michigan.  His mother was a pathologist and his father was a doctor. There is no other information about his parents. He is an American by nationality and belongs to mixed (Irish, German, Swiss, English, and Italian) ethnicity.

Jack completed his high school education from Huron High School.  After that, he attended New York University’s Tisch School of the Arts. He graduated from there in 2011 with a BFA in Drama. While at the university, he performed in many shows such as Love’s Labour’s Lost, A Midsummer Night’s Dream and Sondheim’s Company. After university graduation, he studied acting at the International Theater Workshop in Amsterdam.

Jack began his acting career while he was at Huron High School. He made his screen acting debut with a guest starring role in the comedy web series, Submissions Only in 2012. That same year, he appeared as the lead character Kevin in the short movie Sunburn. In 2013, he appeared as Colin in The CW teen comedy-drama series, The Carrie Diaries. After that, he had a guest role on the short-lived NBC series, Ironside in 2013. After that, he had roles in many movies such as Hunter, Blood and Circumstance and Slider.

Jack rose to fame when he was cast in the series regular role of ABC legal drama series How to Get Away with Murder in 2014. Since then, he appears as Connor Walsh in the series and has completed 45 episodes. From 2016 to early 2017, he had a role as Frank Stringfellow in the series Mercy Street. He also had a role in the 2016 movie Cardboard Boxer. He has a net worth of 2 million dollars. There are no details about his salary.

Rumors are that Jack is gay. Many people assume Jack to be gay as he has not clarified his relationships. The rumor about his sexuality might be just a rumor as he has said, “I’m very confident in my sexuality, and I really don’t like talking about my romantic life in the press.”

Rumors are that Jack is currently having an affair with American actress Aja Naomi King. The rumor has not been confirmed yet.

Throughout his successful career, he never became a part of any controversial issues.

Jack is 5 Feet and 10 Inches tall. He weighs 76 kg. He has black hair and dark brown eyes. Jack has an athletic body with 42 inches chest, 15 inches biceps, and 34 inches waist.

Robert Capron
Tags : Actor Cardboard Boxer How to Get Away with Murder Mercy Street