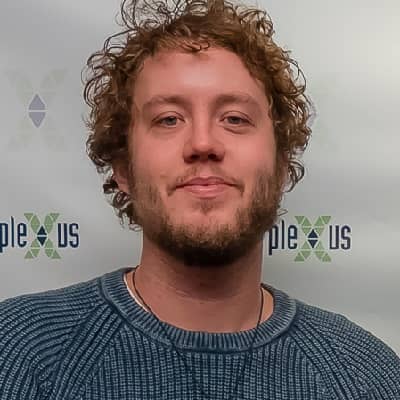 Jack Henry Robbins is currently possibly single. He has not revealed the details about his affair or girlfriend in the public.

Who is Jack Henry Robbins?

Jack Henry Robbins is an American director. He is known for directing and writing Hot Winter: A Film by Dick Pierre, Opening Night, and Painting with Joan.

He was born on 15 May 1989 in New York City, New York, United States. Moreover, his father is Tim Robbins and his mother’s name is Susan Sarandon.

Tim is an actor plus director and Susan is an actress plus activist. Jack’s younger brother is Miles Robbins who is an actor.

His descent is mixed (Italian, English, Welsh, German, Irish, Scottish, and Dutch). Moreover, about his academics details, he attended the University of Southern California.

Jack Henry Robbins is an amazing director. His first made documentary is titled The Portrait Project. In addition, he directed Ghostmates in 2016, FANtasies in 2017, IIAlex in 2019, and more.

His other-directed and written projects include,

He holds a predicted net worth of $1 million as per the sources. The salary of his is not yet calculated.

But his dad Tim and mom Susan have assets worth $70M and $60M respectively. The net worth of three popular directors are,

This filmmaker is at present keeping himself away from rumors or any desperate scandals.

Regarding Jack Henry Robbins’s body features, his height is 6 ft 4 inches and his body weight is average. Moreover, the color of his eyes is hazel and he has brunette hair.

Jack is available on social sites. He is active on Instagram and has over 15k followers.