Jack Kesy is an American TV and film actor who has appeared in various films and tv series. Jack Kesy is currently single.

Jack Kesy is currently single. Right now, he is serious about his career and working hard on it. His sexual orientation is straight and has a dashing body figure. It’s obvious he has a lot of followers seeking a relationship with him. Currently, he doesn’t pay much attention to his love life as he does to his career.

Furthermore, he has not dated anyone until now. Jack is single and happy. 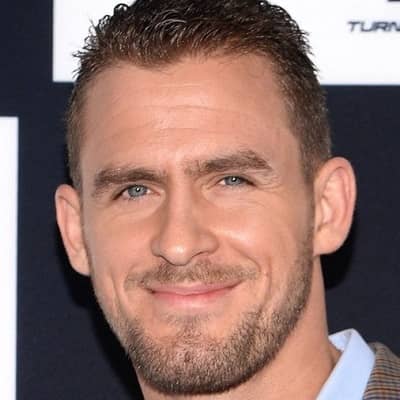 Who is Jack Kesy?

Jack Kesy is an American TV and film actor who has appeared in various films and tv series. Likewise, he is popular for his role as Black Tom Cassidy in the Marvel Comics film ‘Deadpool 2’ and Roller Husser on the TNT dark comedy ‘Claws.’

His parent’s name is not revealed yet. Jack tends to keep his personal life away from media fame. Therefore, he speaks quite less about his family details. It is also unknown if he has any siblings. He spent some of his early days in countries like Italy, Poland, and East Germany. Kesy was interested in acting from his early days.

He is of American nationality and his ethnicity is Polish. Moreover, he is a trilingual who speaks fluent English, German, and Polish. Further, his birth sign is Virgo.

Prior to his acting career, he served in the US Marine Corps for some years. Jack Kesy made his professional screen debut in the Video Short ‘Emina’ in 2009 as Zoran.

Moreover, he has portrayed the role of Gabriel Bolivar in the FX horror drama, ‘The Strain.’ Jack’s role in the drama got huge recognition and was much loved by the audiences, reviewers, and critics.

Likewise, he has acted in many TV series that includes:

Some of his movies include:

Jack has a net worth of over $1 million as of 2022. Likewise, Jack is a dedicated and hardworking person who focused on his professional career.

There are no rumors and controversies about his personal life or professional life. Likewise, Kesy is the kind of person who always tries to mark his place in the showbiz industry.

Jack stands 6 feet 1 inch tall and weighs 85 kgs. Similarly, he has a well-shaped body. He has brown hair and blue color eyes.