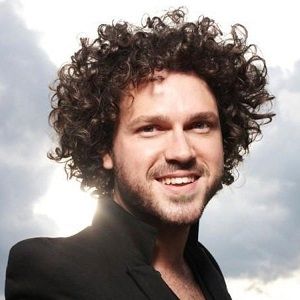 They have been dating since 2007 and got married on 15 September 2012 at Lake Como in Italy. They also have a son named Rafferty Jack McManus on February 4, 2015.

Who is Jack McManus?

Jack is one of the popular singer and songwriter from West Wickham, London, England. He is also an is a BRIT School-educated singer.

Jack was born on 4 August 1984, in West Wickham, England. Other information about her family members is not known.

Jack’s academic information and the name of the schools and universities he studied is not known. He has studied The BRIT School for Performing Arts and Technology.

Jack is the singer who is compared to the singers like Elton John and Billy Joel. He has also co-written the song on Boyzone’s 2010 no.1 comeback album, Separate Cars.

Jack’s first album was Either Side of Midnight which went to no. 22 on the UK albums chart. The song was able to lead single Bang on the Piano which reached on no. 45, just outside of the Top 40. After that he started to bring out his single and bring out his singles named “You Think I Don’t Care” released on 7 July.

McManus has also co-written songs like “From The Rooftops” with Groove Armada for their Soundboy Rock album. He has toured with different renowned musicians such as Scouting for Girls, Amy MacDonald. Likely, also including Sam Sparro and  John Mayer. Jack is also co-writer of the song “Separate Cars” on Boyzone’s album, Brother.

Jack works are appreciated by all and are also one of the renowned singers. Though he hasn’t received any of the awards.

Jack McManus: Salary and Net Worth

Jack must have good earning and he is now happily living with his family. Jack net worth is not known.

Currently, there are rumors about his personal and professional life. It seems he is doing his best job without harming others and has been a private person in his life, for which he has not been in any controversy.

Also, read a biography of a well-recognized gospel pastor and music artist  Hezekiah Walker who is from Brooklyn, New York City, the United States.