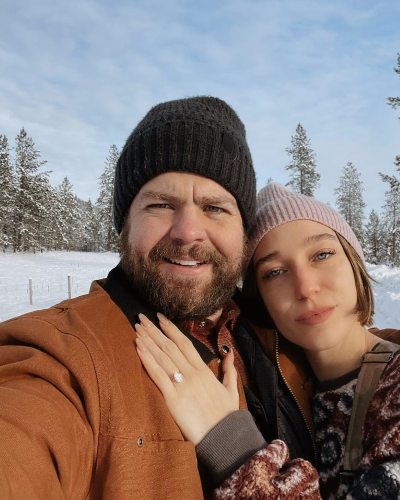 Jack Osbourne and Aree Gearhart are officially official! The Fright Club star and his girlfriend are going to walk into 2022 as an engaged couple. Osbourne proposed to Aree which she accepted. He shared the happy news on Instagram with a picture of the happy couple and wrote,

“Today I asked the most beautiful and loving woman I’ve ever met to marry me. She said yes!! Life is a series of doors and I’m so excited to walk through this one with her. She’s truly a magical being with a heart bigger then anything I could have imagined. Her step-mom skills make my heart so full. I couldn’t be happier then I am right now.”

Aree also shared the same picture of the proposal on her Instagram account. She announced that her best friend asked her to marry in a magical winter wonderland. She called him her soulmate, adventure partner, protector, and everything. Their family congratulated them on the engagement.

The couple first made their relationship public in November 2019 after being photographed holding hands at the American Music Awards. Jack’s family is very fond of Aree as they can be seen vacationing with his family.

Jack is an English media personality. People mostly know him as the son of heavy metal singer Ozzy Osbourne. From 2002 to 2005, he starred on MTV’s reality series The Osbournes. Read more bio…