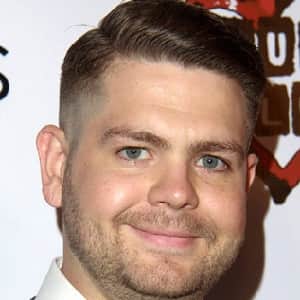 I think we are more functional than most families I know.

Jack Osbourne was previously married to Lisa Stelly. The pair married on 7 October 2012 in Hawaii. They have three children together: Andy Rose Osbourne, Minnie Theodora Osbourne, and Pearl Osbourne.

The pair announced their separation on 18 May 2018. They agreed to joint custody of their children.

Jack was in a relationship with street artist Meg Zany. They have been spotted together several times.

At present, he is having an affair with Aree Gearhart. Recently, this couple along with Jack’s children were spotted by the media.

Who is Jack Osbourne?

Jack Osbourne is an English media personality. People mostly know him as the son of heavy metal singer Ozzy Osbourne. From 2002 to 2005, he starred on MTV’s reality series ‘The Osbournes.’

Osbourne was born as Jack Joseph Osbourne in St John’s Wood, London on November 8, 1985. He was born to parents Ozzy Osbourne and Sharon.

His mother was a manager and his father is a popular heavy metal singer of ‘Black Sabbath.’ Additionally, Jack has two elder sisters, Aimee, and Kelly Osbourne.

In addition, he also has two paternal half-siblings, Louis John Osbourne and Jessica Hobbs. Jack was diagnosed with a form of dyslexia at the age of eight. He is of American and British nationality.

Furthermore, he belongs to the mixed ethnic background of English, Ashkenazi Jewish, and Irish.

Talking about his education, Osbourne attended a Christian school in Los Angeles. In addition, he was later enrolled in the special needs of Park Century School.

Jack Osbourne initially appeared in the movie ‘Austin Powers in Goldmember’ in 2002. Additionally, he also appeared as Andy in the TV series ‘That ’70s Show.’ Jack has also appeared in ‘New York Minute’, ‘Howard Stern on Demand’, and ‘Return of the Mac.’

Osbourne has also worked as an executive-producer in six episodes of ‘Osbournes Reloaded.’ Additionally, he was also the producer of the documentary ‘God Bless Ozzy Osbourne.’

Osbourne has worked on several other projects as a producer. He has worked on TV series and documentaries like ‘Ozzy & Jack’s World Detour’, ‘Sharon Flipping Osbourne’, ‘Destination Osbourne’, ‘Surviving the Apocalypse’, ‘Stung’, ‘Alpha Dogs’, ‘My Story’, ‘Black Sabbath: 13’, and ‘Bed Stuy: Do or Die’ among others. Furthermore, Jack was the director of the video titled ‘Ozzy Osbourne: Life Won’t Wait.’

As himself, he has appeared in numerous reality TV series including ‘Ozzy & Jack’s World Detour’, ‘Last Call with Carson Daly’, ‘Good Morning America’, and ‘Haunted Highway.’

Osbourne has not been linked with any award nomination in his career.

Osbourne has not revealed his current salary. However, he has an estimated net worth of around $10 million at present.

Osbourne’s long history of alcohol and consumption as well as drug use has been subject to numerous controversies over the years.

He became part of a controversy after he attempted suicide by taking a cocktail of prescription pills and cutting his hands with shards of glass. At present, there are no rumors concerning Osbourne and his career.

Talking about his body measurement, Jack Osbourne has a height of 5 feet 10 inches (1.77 m) and has a decent weight.

Additionally, his hair color is dark brown and his eye color is blue.

In addition, he has over 400k followers on Instagram. Similarly, his Facebook page has more than 430k followers.

Jack and Lisa Osbourne expecting their third child! Jack is coping well with his Multiple Sclerosis and learned to live his life the fullest!