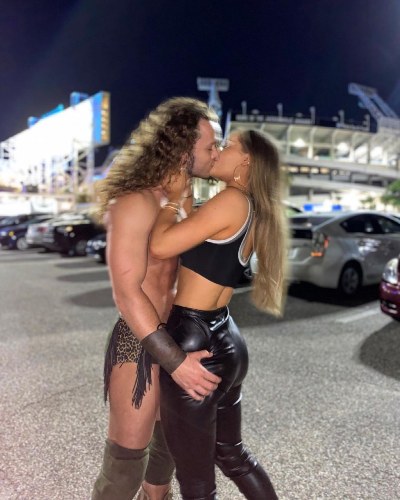 Jack Perry is officially official with fellow All Elite Wrestling (AEW) star Anna Jay. On 28th June 2021, he posted a picture of them kissing while confirming their relationship on his Instagram account.

The new lovers could not keep their hands off each other in the PDA-filled snap, as they locked lips in a parking lot. They had their wrestling uniforms on while kissing outside Jacksonville’s TIAA Bank Field stadium.

She wore a sporty black crop tip and a pair of leather pants and accessorized with some gold-hooped earrings and gold bracelets to match. Jack was shirtless and wore a leopard print loin-cloth with protective kneepads and wristguards. The couple was rumored to be dating back in May when they flirted on Instagram comments.

Their relationship has surprised the wrestling community. Renee Paquette commented.

“What was all the one in a million talk!?”

They are approved by their fellow wrestling mates. Fans are bursting with excitement to find out how the couple got together.

Also read Jack Perry, son of Luke Perry speaks about his father! Know about his career and his father’s support for it!

Luke Perry was a proficient TV actor. Additionally, he was also a famous film actor. Luke possesses American nationality. Luke was a well-known personality in the TV industry for his acting in the American drama series, Beverly Hills, 90210. He portrayed the character of Dylan McKay in altogether 200 episodes.

Additionally, he had become popular for portraying ‘Jeremiah’ in the TV series Jeremiah. Presently, he plays the role of Fred Andrews in the TV series, Riverdale. Read more bio…

Everything you should know about Matt Riddle and Candy Cartwright’s sexual assault lawsuit!
Tags : AEW Wrestler 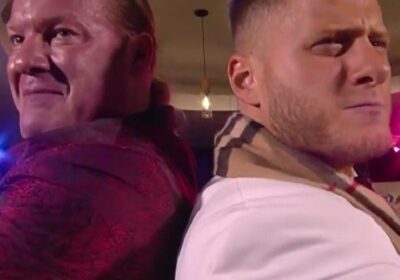