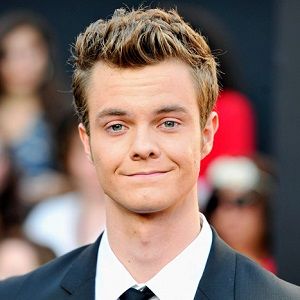 Who is Jack Quaid?

Jack Quaid is an American actor. He rose to fame after appearing as Marvel in the 2012 action film The Hunger Games. Furthermore, he has also appeared in a couple of more famous films such as The Hunger Games: Catching Fire, Logan Lucky, and a few more.

Additionally, he has also featured in some TV series such as Mrs., Vinyl, and Workaholics.

Jack was born on April 24, 1992, in Los Angeles, California, United States. He is the son of actor Dennis Quaid and actress Meg Ryan.

Grown up in a film industry family, he had a keen interest in acting from his childhood. Talking about his nationality, he is American and his ethnicity is mixed.

Jack began his career as Marvel in the film The Hunger Games in 2012. After appearing in the movie, he came into the spotlight. Soon after that, he again played the same role of Marvel for The Hunger Games: Catching Fire in a cameo appearance.

Later, he appeared in a couple of movies such as Running Wild, Ithaca, Roadies, and a few more. Recently in 2017, Jack has also acted in Tragedy Girls and Logan Lucky. Apart from his film roles, the American actor has also played in a couple of TV series such as Mrs., Vinyl, and Workaholics.

As of now, Jack has not won any awards in his career. Although, he has been doing his job in the best possible way and his works have been loved by many people around the world.

Jack Quaid: Salary and Net Worth

Being a famous actor, he pockets a decent amount of money from his profession. However, his net worth and salary are unknown.

So far, there are not any drastic rumors regarding his personal and professional life. Moreover, he has never faced any controversy in his career to date. It seems he has a full concentration on her career rather than being stuck in any controversy.

Jack has a height of 6 ft 2 inches and his weight is unknown. Furthermore, he has an attractive pair of greenish-blue eyes and brown hair. Besides this, there is not any information regarding his other body measurements.