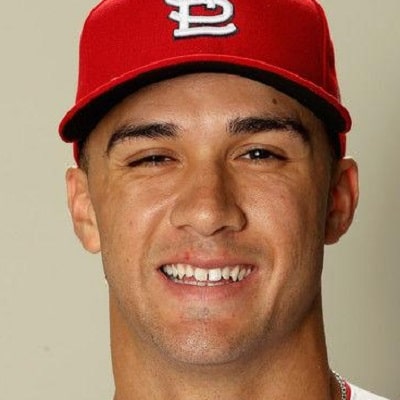 Jack Rafe Flaherty is in a relationship with his girlfriend Jenna Alexa Berman since their high school days.

Jack and Jenna are planning to marry soon.

Who is Jack Rafe Flaherty?

Jack Rafe Flaherty is an American professional baseball pitcher. He was drafted by Cardinals in the first round of the Major League Baseball draft.

He is currently playing for the St. Louis Cardinals of Major League Baseball (MLB).

Jack Rafe Flaherty was born on 15th October 1995 in Burbank, California, the United States, and grew up in Los Angeles.

He was adopted when he was three weeks old by Eileen Flaherty. He is very close to his mother and goes to dinner with her every night.

He attended Harvard Westlake School, Los Angeles, California, and completed high school. After that,  he graduated from the University of North Carolina, Chapel Hill, North Carolina.

He began the 2017 season with the Springfield Cardinals. After posting a 7-2 record with a 1.42 ERA in ten starts, he was promoted to the Memphis Redbirds.

He was promoted to the majors to make his MLB debut against the San Francisco Giants on 1st September 2017.  He pitched four innings, gave up five runs, and struck out six while not receiving a decision in an eventual 11-6 win. The Cardinals announced that he had made the Opening Day roster in place of the injured Adam Wainwright on 25th March 2018.

He became the National League Pitcher of the Month for August 2019. Moreover, he won the award in September with a 0.82 ERA over 44 innings.

Jack Rafe Flaherty has light brown hair and brown eyes. His height is 6 feet 4 inches and he weighs 93 kg.