Jack Schumacher as of now is possibly single. He has not shared the details regarding his affair or girlfriend.

Even if he is dating or having an affair with someone, he has kept his romantic life low-key. 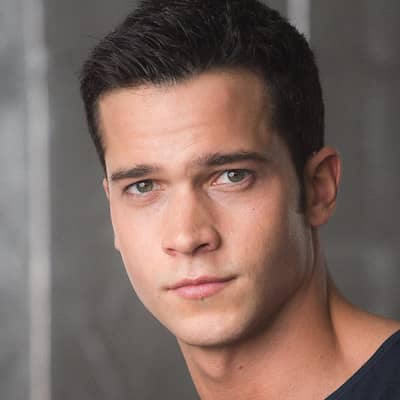 Who is Jack Schumacher?

Recently, he has seen in the movie Top Gun: Maverick playing the role of Lt. Neil ‘Omaha’ Vikander in 2022.

The project is the sequel to the 1986 Top Gun and tells us about the main character’s past and how he trains a group of younger fighter pilots.

His upcoming movie titled KillHer as Jagger is in the post-production process.

His birthdate is not made public but he was born in the United States. The name of his mother and his father’s identity is hidden.

Further, his ancestry is Caucasian, and as to his academics, he might have completed in high school.

Jack Schumacher is noted for his character in S.W.A.T. (TV Series) as Jacob, Dumpcake Comedy (TV Series) as Greg, and Solve (TV Series) as The Boyfriend. On these projects, he has a brief role but he has given memorable performances.

In the year 2018, he did a short movie titled Purity portraying the role of Jake. Before a year, he did an episode of Chicago P.D. as James Moony. His other screen projects are

The star cast of the movie Top Gun: Maverick, Jack is keeping himself away from scandals as well as rumors.

Jack Schumacher has an average height and his body weight is decent. Adding some more, he has blue eyes with black-colored hair.

Jack Schumacher is available on a few social sites and with a huge number of fans. On Instagram, he has around 1.4k followers with around 72 posts.