AFL star Jack Viney and his wife of one year Charlotte are elated. They are expecting their first child together. Yes, Charlotte is pregnant and on the top of the world.

The AFL player Jack Viney is happy. His wife Charlotte is expecting their first child together. She is pregnant and Jack made the official announcement on his social media.

On Sunday night 29 December 2019, Charlotte took to her Instagram to share the great news with her fans and followers. She uploaded a pic of the pregnancy ultrasound and the couple holding a small onesie. Charlotte captioned it:

The AFL star Jack wed Charlotte on 5 January 2019. So it has been a year before the pregnancy announcement. The wedding ceremony was at the Mitchelton Winery by the Goulburn River which is surrounded by natural Australian bushland. The location is just out of Natalie.

Charlotte had told Yahoo Lifestyle at that time:

“It was absolutely picturesque,”

‘Everything we’d hoped for it to be and more.’

Everything had happened as per the couple’s plans. Charlotte had stated:

“A lot of time and planning went into my two amazing gowns for our wedding day,”

She had worn two different outfits for the big day. Firstly, she walked down the aisle and said’ I Do’ in a bespoke Oglia-Loro Couture dress that was made from Italian silk faille.

The gown was backless and hand beaded. It had thousands of Swarovski crystals and embroidered floral stems on it. Charlotte kept her hairdo and makeup simple for the occasion. She was holding a large bunch of white flowers.

For the reception, she switched to a dress that Oglia-Loro Couture designed. It had high-waisted cream shorts with a glamorous bodice with a silk train. Speaking about it, Charlotte had said:

“I loved the unique shorts feature and being able to change into something for the reception that was fun and had amazing movement so we could dance all night!”

While Jack was in a tailored navy blue suit from Menzclub that was worth $599.

More about the wedding and relationship

“Married life is so good!”

“A lot of things to do now such as changing my name and we’re very excited to sit back and look over photos and videos so that we can reminisce after such an amazing day.”

Jack and Charlotte met in the year 2008. It was not love at first sight and dating came later in 2011. They soon became the most glamorous couple of AFL. They used to be together on red carpets of major events and parties. 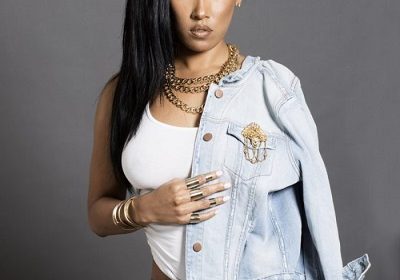