Jack Whitehall is an English comedian, presenter, actor, and writer. He is best known for starring as JP in the series Fresh Meat and Alfie Wickers in the series Bad Education. 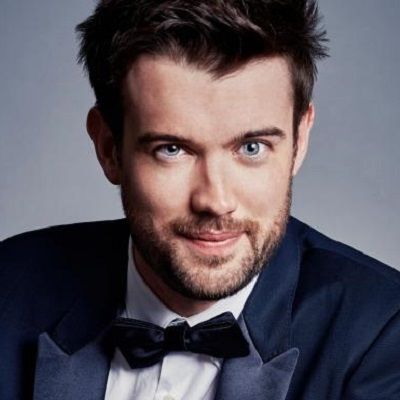 I don't like comedians who don't have conviction, and with stand-up, it is always best to have an angle.

I wish I was a bit shorter, as I think shorter people have better walks. Freddie Fox, the actor, is shorter than me and has an amazing gait

and Tom Cruise has a brilliant run. I'm just gangly.

If I'm in an uncomfortable situation, I think I can say something funny to defuse it. Sometimes you can't.

My mother giving birth to me was just like Lady Sybil giving birth, except that there wasn't such a tragic ending.

Jack Whitehall is in a relationship. During the lockdown of 2020, he has introduced his girlfriend named Roxy Horner. She is a model.

He was also linked with an actress Kate Beckinsale.

Previously, he was in a relationship with Gemma Chan, the actress. In 2011, they started seeing each other however, they parted ways after six years.

Who is Jack Whitehall?

Jack Whitehall is a British comedian actor. He is renowned as J.P. of the TV series Fresh Meat.

His father, Mr. Whitehall is a TV producer, and his mother, Mrs.Hilary Gish is an actress. He is the eldest among his two siblings. His sister, Molly Louisa is an actress, and his brother, Barnaby William is an actor.

Whitehall was educated at Tower House School. Later, he joined Dragon School in Oxford, and then studied at Marlborough College, Wiltshire.

Thereafter Jack joined the University of Manchester and studied History of Art for two terms only.

Jack started his career at the age of five in the TV series The Good Guys as Guy McFadyean Jr. Later, in 1997, he was featured as Noach’s Ark in Ben Wiston. Some of his other TV series along with the years and characters are-

His upcoming movies include Clifford the Big Red Dog and Jungle Cruise.

In 2011, he completed his national tour Let’s Not Speak of This Again with two solo sell-out shows at the Hammersmith Apollo.

On 12 March 2011, Jack set the Guinness World Records for hosting the ‘Highest stand-up comedy gig in the World‘ with Dara Ó Briain and Jon Richardson.

Jack’s net worth is estimated to be around $4 million US. As a comedian, his average salary is $90k US and above. Besides these, he earns through live comedy shows too.

Jack Whitehall has auburn hair with blue eyes. His height is 6 feet 1 inch and weighs 82 kg.