Jack William McGraw is an American nominee for the 2016 Young Artist awards. Jack is a child actor and voice actor. He appeared as Young Matt in the 2016 episode of Criminal Minds ‘Feed’. 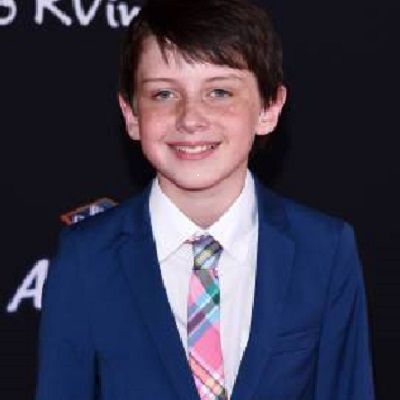 Jack William McGraw is possibly single. He is too young to be in a romantic relationship.

Who is Jack McGraw?

Jack McGraw is an American nominee for the 2016 Young Artist awards for voice actor and a child actor in the movies.

He is recognized as a Member of Voice Actors, 12-Year-Olds, and First Name Jack as well.

On television, Jack appeared as Young Matt in the 2016 episode of Criminal Minds ‘Feed’ and regularly appears on the TV miniseries ‘Godless’.

He is the voice of Little Arlo in the animated movie The Good Dinosaur.

Jack McGraw was born as Jack William McGraw on 7th December 2006 and his birth- town is San Jose, California, USA.

He is a Gen Z, a Sagittarius, and of Caucasian ethnicity. The names of his father ad mother are unknown.

Jack is the eldest and most responsible among the McGraw siblings. The McGraws siblings are a close-knit family and all of them are involved in movies as well as modeling.

His younger sister, Madeleine Grace McGraw, nicknamed ‘Maddy’  is a model. She is on the television series Outcast.

Madeleine’s twin brother, Aidan McGraw is a model too. He played the young Colton Kyle in American Sniper. Jack’s third sibling, Violet Elizabeth McGraw, is an actress. She acted in Jett and Love.

Jack started his career with Caesar, Otto’s Paranormal Halloween. Then in 2011, he worked in Workaholics.

The Good Dinosaur, released in 2015 is an epic journey into the world of dinosaurs where an Apatosaurus named Arlo makes an unlikely human friend.

Jack is a Young Arlo in the movie. The Good Dinosaur is an adventure animation movie for family viewing and is rated PG.

In 2016, he played Young Matt in Criminal Minds episode ‘Feed’, and then in 2017 the TV miniseries Godless.

He also is the voice of Mighty on the Stinky and Dirty Show. He also lent his voice to Toy Story 4, among others.

As a child and voice actor, Jack has gained recognition and respect among his peers. He is a member of Voice Actors and Popular Celebrities.

In 2016, he was nominated for the Young Artist Award for actors 10 and under. On BTVA, two of Jack’s movies have received 2 credits.

Jack William McGraw’s eyes are aqua-blue with ginger-black hair. His height and weight are of average size.

You may also want to read about Izzy Stannard and Jeremy Ray Taylor.