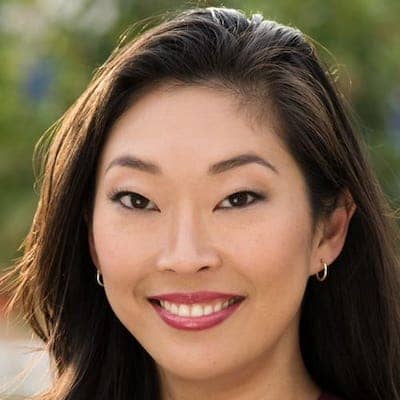 What is the relationship of Jackie Dallas?

Jackie Dallas at present is a married woman and is living with her husband. She exchanged vows with Kai Dallas on 18 October.

Before tying the knot, they dated each other for a few years. But they have kept their romance and wedding details in the dark.

Jackie posted a lovely picture of themselves during a red carpet function on 14 Feb 2022 in one of her Instagram posts.

How Many Children Does Jackie Dallas Have?

She as of this writing, has not welcomed any child.

Who is Jackie Dallas?

Her future projects are Miles Underwater as a Doctor, reTribution (Short) as Detective Kora Chambers, plus Leave Quietly (TV Series). They are all in the post-production stage.

As a producer, she worked in Flux (Short), Proud (Short), Look Into the Fire and Watching You Die (Short).

Her full birthdate is unknown but she was born in Syracuse, New York, the United States. The name of her father is Dae Choi but her mother’s name is unknown.

Further, Jackie’s ancestry is Asian and as to her academics, she was enrolled at a medical school in New York.

She has completed her training in pathology and general surgery at the Mount Sinai hospital.

Jackie Dallas has appeared in many screen projects. In recent days, she was seen in the movie Paradise Highway playing the role of Deborah in 2022. This thriller film featured stars like Morgan Freeman, Frank Grillo, Cameron Monaghan, and more.

Some of her major role TV credits can be witnessed in Aarzu e Mann as Vera, Represent as Tess, and Veta Unveiled as Jamie. She was briefly seen in,

By the reports of 2022, Jackie Dallas has an estimated net worth of $2 million which she collected from her work.

Jackie Dallas’s height is 5 ft 4 inches and her body weight is decent. Furthermore, she has black hair and her beautiful eyes are also dark brown in color.

Jackie Dallas is officially available on social sites Twitter and Facebook with over 4.2k and 7.3k fans respectively.

Ashton Kutcher revealed his Daughter Affection for Son Dimitri-‘Sometimes she just hugs him so hard’!