Actor-director Jackie Earle Haley is married and a father of two.

His first wife was Sherry Vaughan, whom he married on November 6, 1979.

They subsequently divorced and he wed his second wife, Jennifer Hargrave, in 1985. They have two children together: son Christopher (born March 4, 1986) and daughter Olivia (1998). That marriage ended in divorce too.

His third and present wife is Amelia Cruz. Their wedding took place on August 6, 2004. It was reported in 2016 that the couple was thinking of adopting children together. They currently reside in San Antonio, Texas. 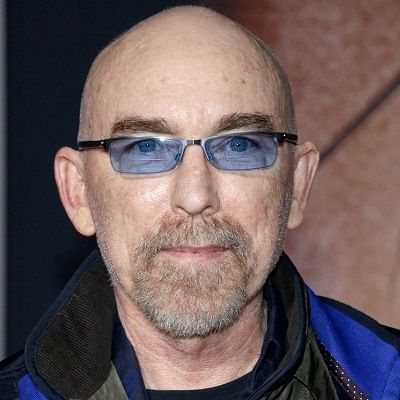 I started acting when I was 5 years old. And I was pretty well known for a while. Your self-esteem and your identity start to become wrapped up in that celebrity, and when that starts to fade away, your self-esteem and your identity start to fade away with it. Those roles that I played and the success that I had, that is not who I am. It's part of who I am, but it's not everything. So when it drifts away and you start to feel increasingly insecure, it's kind of a long battle out of that.

That transition from child to adult actor is so incredibly elusive. The roles that were coming to me as a young adult were not that great, but I was taking them anyway to pay the rent. And the more bad roles in bad movies I took, the less anybody wanted me for a good role in a good movie.

I'm an actor. Not at the exclusion of other things -- I'm also a director or a limousine driver if need be. But nothing is as thrilling to me as doing an actor's work.

Who is Jackie Earle Haley?

After spending many years as a producer and director of television commercials, he revived his acting career with a supporting role in All the King’s Men (2006).

Jackie Earle Haley was born in Northridge, California, the United States on July 14, 1961.

His father’s name is Haven Earle Haley who was also an actor and played a judge in Martin Scorsese’s 1995 crime-drama ‘Casino’, but his mother’s name is unknown.

Haley grew up in an artistic environment and embraced acting at an early age. He subsequently appeared in several commercials.

Talking about his profession, Jackie Earle Haley was ten or eleven years old when he lent his voice to Jamie Boyle in the adult animated sitcom ‘Wait Till Your Father Gets Home’ in 1972. His screen debut came about in the same year, in the French thriller film ‘The Outside Man’.

Released in 1976, the film was a critical and commercial hit. Haley played Kelly Leak, a local juvenile delinquent who smokes and rides a Harley-Davidson motorcycle. The leak is also the most gifted athlete in the neighborhood. Additionally, Haley reprised his role in the two sequels, ‘The Bad News Bears in Breaking Training’ (1977) and ‘The Bad News Bears Go to Japan’ (1978).

Haley returned as Moocher in the ABC comedy-drama that aired from November 29, 1980, to January 10, 1981. After a four-year hiatus from the big screen, he returned with ‘Losin’ It’, the 1983 comedy film that also starred Tom Cruise and Shelley Long.
There are speculations that Haley attended the auditions for Wes Craven’s ‘A Nightmare on Elm Street with his friend Johnny Depp. When Craven saw Depp, he picked him to play the role of Glen Lantz over Haley. Despite this setback, Haley continued to be active through the 1980s and into the early 1990s.Similarly, Haley did the second telefilm of his career in 1990. Titled ‘Oh, No! Not THEM!’, it was originally created as a pilot for the American remake of the British show ‘The Young Ones’. However, it was never televised. In the same year, he was cast as the voice of Gill Waterman in NBC’s animated series ‘Gravedale High’.In the year 1992, Haley appeared in the cyberpunk film ‘Nemesis’.  After 1993, Haley disappeared from the screen. He moved to San Antonio and started making commercials.He then appeared in Zack Snyder’s 2009 film ‘Watchmen’ which was based on the graphic novel of the same name by Alan Moore and Dave Gibbons. Haley shared screen space with Leonardo DiCaprio in Martin Scorsese’s 2010 neo-noir psychological thriller ‘Shutter Island’. He worked with Depp in the 2012 horror-comedy ‘Dark Shadows’ and played the historical figure, Alexander H. Stephens, in Steven Spielberg’s ‘Lincoln’ (2012).Haley made a return to the small screen with Fox’s action drama series ‘Human Target’. Since 2016, he has been playing The Terror in Amazon Video’s ‘The Tick’. His first directorial venture was ‘Criminal Activities’, the 2015 crime thriller starring John Travolta, Michael Pitt, Dan Stevens, Rob Brown, and Haley himself. More recently, he played the character of Sayre in ‘The Dark Tower (2017).

He has an estimated net worth of around $2 million (as per 2021 data) and he has earned that sum of money from his professional career.

His successful acting career has helped him in earning fame and fortune.

There was a rumor that Haley is up for the role of Sinestro in the upcoming film, The Green Lantern.

Additionally, when we asked him about it on the Scream Awards red carpet in Hollywood last night, Haley laughed, saying, “People keep asking me about this. I don’t know anything about it. … I’ve got to learn who that is.”

Jackie Earle Haley has a height of 5 feet 5 inches and he weighs 65Kg. His hair color is light brown and his eyes color is blue.