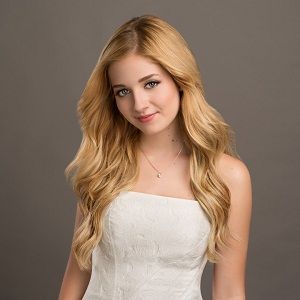 Singing is my main goal, and I think philosophy will help me write songs.

I warm up with my mom and make sure I understand what the songs are about, and make sure I'm using the right technique. To be honest with you, I really don't practice a lot... Usually I say a prayer and ask the Lord to sing with me and help me and stand on the stage with me.

My parents don't want me to be exhausted. They let me stay home as much as possible so I can have my friends over.

Cute and adorable Jackie is an unmarried girl. She has managed to keep her personal information so secret that nothing relating her past and present affair status is published.

Being young, it seems like she is sharpening her strength and skills to make her all dreams come true.

She is single and does not seem to have any affair.

Who is Jackie Evancho?

Jackie Evancho is an American classical crossover singer, actor, and model. At a tender age, she has already released 6 albums. She also performed at President Donald Trump’s inauguration. Her ticket and album sales soared after this performance. She took professional singing lessons and launched her own channel on Youtube.

Jackie was born on 9th April 2000, in Pittsburg, Pennsylvania, USA. His nationality is American and ethnicity is mixed(Polish, Ukrainian, Slovak, Hungarian, German, Italian).

Jackie Evancho’s father had a video security business until 2010. Jackie has an elder sister Juliet (before Jacob) who is a transgender, and 2 younger siblings, Rachel and Zachary. She is compassionate and used to donate her toys to charity in childhood.

She learned to play piano and violin. She attended Pine Richlands School. But since her singing acquired most of her time, she could not attend formal school and switched to cyber schooling. She enjoys sewing, swimming, drawing, archery, and horse-riding.

She took part in local and national competitions since age 8. Her Youtube channel was noticed and she soon became a sensation. At age 10, she participated in the fifth season of the reality show ‘America’s Got Talent’ and won the second place.

She was chosen to perform at various Presidential functions including the recent President Donald Trump’s inauguration function. She has also done modeling and acted in advertisements and movies. This soprano has won numerous accolades at a young age and her net worth has increased tremendously in the last 6 years.

She is an animal lover and is Ambassador for US Mission Humane. She is well-mannered and was on the 10 best-mannered people of 2011 list. She was interviewed by Oprah Winfrey and had once mentioned that she says a prayer before any performance. An award has been instituted in her name by Kean Quest Talent Search for exceptional singing talent.

She has a noncontroversial image. When the majority of top celebrities had declined to perform at the inauguration ceremony of Donald Trump, she agreed and said that it was her honor to do so.

She was heavily criticized for this but she stood her stand and justified it. Many even said that it was career suicide. The topic of her transgender elder sister and Trump Government’s anti-LGBT thinking was also brought up.

Jackie has a height of 5 feet 1 inch. Currently, her body weighs 47kg. She has blonde hair and blue eyes. Besides these, her body figure measures the size of 32-23-33 inches. Her bra size is 30B and her dress size is 4 (US).

Jackie Evancho and her reaction to her elimination from AGT!