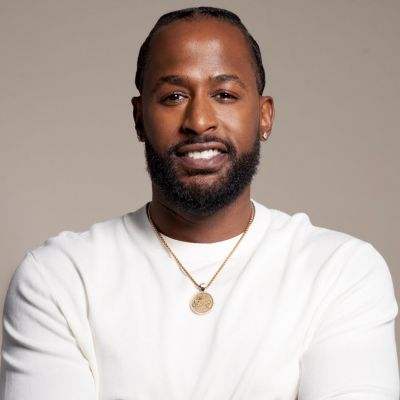 Jackie Long is in a love relationship with Angel Brinks. Brinks is a well-named American reality television personality and a popular fashion designer. According to different sources, they were good friends and used to call each other “babe”.

The couple had not made it official until they were spotted at the WE TV network show. Presently, they live together and they might marry soo in the future. Jackie shares photos with her regularly on his Instagram.

Previously, Long was in a love relationship with Tennis powerhouse Serena Williams. Williams is a famous American professional tennis player and former world no. 1 in women’s singles tennis. The couple started dating in 2007, However, they were separated in the year 2008.

It was made official by Serena as she posted a heartfelt message on the blog and mentioned the end of their relationship.

Jackie was also rumored to be dating Kim Porter. However, none of them confirmed their relationship. However, they were separated soon.

Who is Jackie Long?

Jackie Long is a well-recognized American actor, musician, writer, director, and producer. Long is widely famed for his role in ATL (2006), The Comebacks (2007), and Idlewild (2006).

Moreover, he is also a voice actor for Grand Theft Auto V.

Jackie Long was born on 23 October 1981. At present, his age is 39 years old. Likewise, his birthplace is Pasadena, California, the USA.

Not much known about his father and mother’s details, Jackie has been secretive towards his parent’s details. Moreover, his sibling’s details are also not disclosed in the public.

Talking about his nationality, Long holds an American identity whereas his ethnicity is African American.

Regarding education, the actor took his graduation degree from john Muir High School in Pasadena, California.

The multi-talented star, Jackie Long took his step in the acting career by performing in many short films which provided him a lot of experiences. Professionally, he debuted in the acting in the year 2002 by portraying the role of Adam in the TV series, “The Parkers”.

It is an American sitcom that featured on UPN from 30 August 1999 till 10 May 2004. The series was created by Ralph Farquhar, Sara V. Finney, and Vida Spears.

Additionally, he has performed in man movies and most of them have created a great fan base for Long. Long has emerged in movies such as Playas Ball, Love Wrecked, ATL, Idlewild, The Comebacks, Show Stoppers, and Love for Sale.

Jackie earned high popularity after performing in ATL. It is an American coming-of-age comedy-drama film that was released in 2006. The movie was directed by Chris Robinson and produced by Dallas Austin, Tionne Walkins, James Lassiter, and Jody Gerson.

The movie is a coming-of-age tale and its main stars are T.I., Lauren London, Big Boi, Jackie Long, Mykelti Williamson, Keith David, and so on. It was released on 31 March 2006 and earned a gross total of $21.2 million. The movie was just made with a budget of $7 million according to the Box Ofice record.

Moreover, his other movies, “Idlewild”, and “The Comebacks” also earned a gross profit of $12.6 million and $12.5 million respectively as per the Box Office records.

The famous actor has played in some TV series and shows as well such as, “The Parkers”, “Love That Girl”, and “Let’s Stay Together”. Likewise, he has also given a voice-over in the famous video game, “Grand Theft Auto V”.

Further, he emerged in Games People Play, an American drama television series that is based on the novel, “Games Divas Play”. Some of his remarkable appearances in the following movies are as follows:-

Popular actor, Jackie has earned a handsome amount of money from his hard work in the acting industry.

It is reported that Jackie Long has an estimated net worth of $1 million and is living a luxurious lifestyle.

However, Long has not disclosed his exact salary, earnings, and assets details till now.

Jackie has never been part of any controversial matter or rumors till now. The famous star has balanced his professional and personal life in a proper manner.

It seems that Long likes enjoying his personal life and does not want to merge it with his professional life.

39 years old superstar, Jackie Long has got dashing looks, athletic structure, muscular body, as well as admirable personality. He stands at a height of 6 feet.

Furthermore, Long has black eyes as well as his hair is black.

Nevertheless,  has never mentioned other physical details in the public yet.

Regarding his social media presence, Jackie Long is an active personality on social media. Jackie has more than 449k followers on his official Instagram account @jackielong.

He is also active on Twitter with around 38.6k followers.

Moreover, Long is also available on Facebook with nearly 43k fans and supporters.