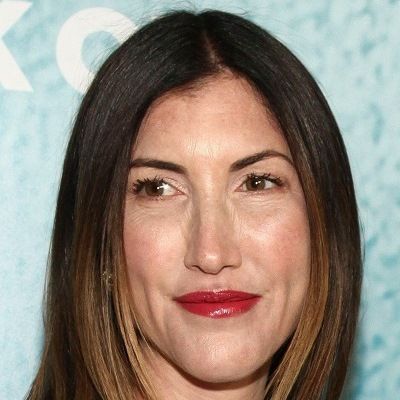 What is the relationship of Jackie Sandler?

Moreover, she met the actor, comedian, screenwriter, and film producer Adam Sandler on the set of ‘Big Daddy’ in 1999. In 2001, they came together in a relationship and got engaged.

Who is Jackie Sandler?

Jackie Sandler is an American actress. Jackie is also a model by profession.

She is known as the wife of actor, comedian, and film producer, Adam Sandler.

She was featured on many reputed and famous magazine covers.

Jackie Sandler was born Jacqueline Samantha Titone on September 24, in the year 1974, in Coral Springs, Florida, the United States. She is a Libra.

Her father is Joseph Titone and her mother, Lila Titone, is of Italian-Sicilian ancestry.

Her parents divorced in the 1990s after long-drawn divorce proceedings that dragged on for around seven years.

Jackie started her modeling career in Brazil immediately after leaving high school. In fact, she had started taking up modeling assignments during her high school years.

Eventually, she became nationally and internationally famous and modeled for several big companies. However, before she could reach the peak of her modeling career, she left modeling and started acting.

In the late 1990s, the American actor, comedian, and director Rob Schneider introduced her to the acting world. Jackie debuted in the 1999 hit film ‘Deuce Bigalow: Male Gigolo’, in which she played Sally.

Also, she was a music assistant in the movie. Similarly, in 2000, she appeared in the film ‘Little Nicky’ along with Adam Sandler. In the year 2002, she played her first major role as one of the main characters, Jennifer, in the animated film, ‘Eight Crazy Nights.’

Likewise, in 2003, she played the role of a bartender in Danny DeVito’s film ‘Duplex’. She was featured in the hit comedy/romance movie ‘50 First Dates’. Jackie starred as herself in the TV episode, ‘VH1: All Access: Celebrity Weddings‘.

Although she has not played lead roles, she still has a number of films and TV shows to her credit. Some of these are ‘Hotel Transylvania’ in 2012 in which she gave her voice, and ‘The Do-Over’, ‘The Goldbergs’, and ‘Kevin Can Wait’ in 2016. In the year 2017, she appeared in ‘Sandy Wexler’, ‘Real Rob’, and ‘Deported’.

Jackie has an estimated net worth of around $50 million. Also, as an American actress, she has an average salary of $86,502.