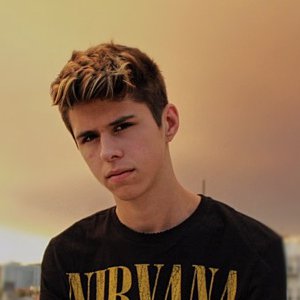 The young and talented American Musical.ly Star and a Social media personality, Jackson Krecioch is currently an unmarried personality as he has not been in any marital relationship with anyone.

Talking about the past relationships of Jackson Krecioch it is believed that he was in a short-term relationship with the social media personality Aaron Fuller as he came out as a gay on his YouTube channel in October 2016.

Jackson was in a relationship with Aaron Fuller, who is an actor, model as well as Instagram star. They broke up because he found out that Aaron was dating him to increase his followers. Aaron did not love him back.

The both separated mutually and said they would still continue to be friends and not hate each other.

The 18-years old Musical.ly Star and internet sensation, Jackson Krecioch is believed that he is away from any sorts of relationships at the present times.

Thus, the social media personality, Jackson Krecioch is currently not dating anyone and is making love with his profession as well at the present time.

Jackson Krecioch was born on June 1, 1998, in Wisconsin, United States of America. His nationality is American and his ethnicity is North American.

There is no further information about the family background of Jackson Krecioch. It is believed that he had a sheer interest in pursuing a career as a social media personality from a very early age of life.

Jackson Krecioch initiated his career as a social media personality in the mid of 2015 and is a self-taught artist with a high popularity on YouNow, YouTube, and Musical.ly as well. Later, he started using Musical.ly regularly and kept on increasing his influence as a social media personality. Now, he is known as the musical.ly star with more than 1.8 million followers on his musical.ly account. Also, he has more than 290,000 followers on his YouNow account and more than 150,000 subscribers on his YouTube account. Further, he has collaborated with Jordyn Jones in some of his musical.ly videos.

Jackson Krecioch: Salary and Net Worth

Jackson Krecioch was rumored to be gay in October 2016 but, later he confirmed that he is gay from one of his YouTube videos which were published in October 2016.

Moving towards his body measurements, he has a good height of 5 feet 6 inches (1.68m) with bodyweight 50kg. His hair color is brown and also his eye color is brown. There is no information about his shoe size and dress size.