Jackson Spidell has previously been in a relationship with Adrianne Palicki. The couple started dating in 2014 but the couple parted ways in 2015.

Jackson Spidell is currently married to Cara Marie Chooljian. Cara is also a stunt performer. She is working in the upcoming Spider-Man: No way home. The couple doesn’t have any children. Their married date is unknown. 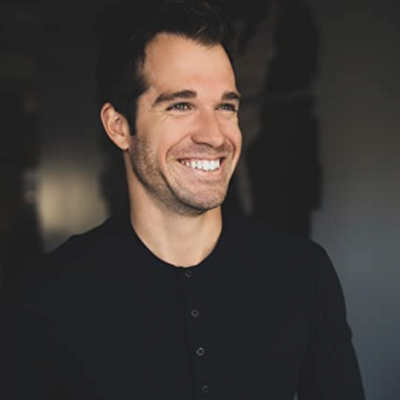 Who is Jackson Spidell?

He has worked as a stunt performer in many movies.

Jackson Spidell was born in 1986 born in Michigan, United States. As of 2021, Spidell is 35 years old. Since young, Spidell was interested in martial art.

He grew up with TV Shows like Ninja Turtle, 3 Ninjas, and The Mighty Morphin Power Ranger.

These shows inspired him to be a martial artist. Eventually, Spidell became a martial artist by the time he was 10. With a white belt around his waist, young motivated Spidell worked hard until earning himself a black belt and winning tournaments and titles.

Spidell is a very private person. His parents’ names and information are not public as he has kept it private.

In past, Spidell dated Adrianna Palicki. But currently, he is married to Cara Marie Choolkian, a stunt performer.

Eventually, he started performing stunts and martial arts in tournaments leading him to perform in live shows in Los Angeles. He made a less than profitable acting career.

In 2007, he was asked to come in and audition to double for an actor in the movie Dragon Ball: Evolution to which he eventually got the job.

This was the start of a long and successful career in Hollywood as a stunt double and stunt choreographer.

Eventually, he became a member of the elite 87Eleven Stunt Team which provided stuntmen for movies like John Wick, Ninja Turtles, The Hunger Game franchise, and so on.

Spidell continued his work in Hollywood as a stunt man. As time passed, he started getting jobs in big Hollywood movies like The Hunger Game franchise, Marvel Movies, and John Wick Franchise.

He has worked with big names in Hollywood like Keanu Reeves, Ryan Reynolds, and Chris Evans.

Spidell is working on many new projects. He has taken the job of a stunt coordinator in big movies which is a big accomplishment.

He is currently working on Spider-Man: No Way Home, Red Notice, and Going Places.

Spidell has been a big name in the stunt industry. He has won a few awards and been nominated for a few as well. In 2013, he was nominated for the “Taurus Award” for the category “Best Fight” for the movie Safe (2012).

This was his first professional nomination. However, it wasn’t the last nomination. According to IMDb, he has had 4 nominations in total.

Spidell’s primary source of income is stunt artists. His estimated net worth is around $1 million.

Currently, The stunt artist lives in Los Angeles. Other details of his assets, the annual salary is not available on the Internet.

Spidell is not the kind of guy who would involve himself in others’ affairs. He likes to stay away from any sort of drama and live a normal life.

He plays by the rules and regulations, hence that may be one of the reasons for his success in the stunt industry.

Spidell is 5 foot 11 inches tall and weighs around 71 kg.

He is also lean and muscular. Spidell has brown hair and hazel eyes color.