Widely recognized for her prominent role as Kelly Garrett in the television series Charlie's Angel. She is only the female lead who remains until the series ending.

Jaclyn Smith is currently married to cardiothoracic surgeon Brad Allen. The duo gets married on October 11, 1997. Together they don’t have any children yet.

She has been married four times to date.

On March 19, 1982, the couple welcomed their first child named Gaston Richmond, and their second child named Spencer Margaret was born on December 4, 1985.

However, their marriage ended in a bitter divorce in 1989  with Smith paying the US $4 million for sole custody of her children. 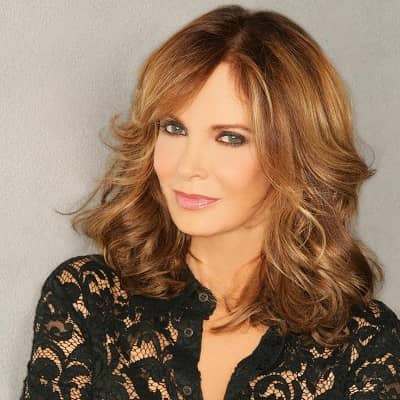 Who is Jaclyn Smith?

Jaclyn Smith is an American actress, model, and businesswoman. She is widely recognized for her prominent role as Kelly Garrett in the television series Charlie’s Angel. She is only the female lead who remains until the series ends.

Jaclyn was born on October 26, 1945, as Jacquelyn Ellen Smith. She hails from Houston, Texas, U.S. She holds an American nationality and belongs to mixed ethnicity of Russian Jewish, English, Scottish, Irish, and Welsh heritage.

The name of the parents is Jack Smith (father) and Margaret Ellen (mother). Her father is a dentist by profession. She has also a brother named Thomas Smith.

Talking about her academic history, she completed her high school in the year 1964 at Mirabeau B. Lamar High School.

Then, she joined Trinity University (Texas) and majored in psychology and drama in San Antonio. However, she dropped out after a year and moved to New York where she joined the Balanchine School of American Ballet.

Jaclyn started her career as a model for various TV and print ads including  ‘Breck’ hair-care products (1971),  ‘Listerine’ mouthwash, and ‘Wella Balsam shampoo.

In 1968, she was offered the role of Victoria Winters on the ABC daytime series Dark Shadows but turned it down.

She made her big-screen debut in the 1969 romantic comedy-drama film Goodbye, Columbus in an uncredited role. In 1970, she appeared in an episode of the series ‘The Partridge Family’ in season one.

Recently, she appeared in an episode Ready or Not of the series All American in season three.

In 1985, she launched her first collection of women’s apparel for Kmart. She is the one who develops the concept of celebrities developing their own brands rather than merely endorsing others.

She launched the STYLE by Jaclyn Smith wig collection, designed by hairstylist José Eber for Paula Young Wigs in September 2008.

In 2018, Simon was offered to play the lead in ABC’S reboot of The Greatest American Hero however, she rejected the proposal of the series.

Simon was diagnosed with breast cancer in early 2003 fortunately, she successfully fought the disease.

As of 2021, Hannah has an estimated net worth of $150 million. She generates over $100 million per year in gross sales through partnerships with Kmart and other retail outlets.

Jaclyn stands at a height of 5 feet 7 inches tall and weighs about 56 kg.

Likely, she has light brown hair color and blue pair of eyes. She has pierced his ears.