Jaclyn Stapp is a model, author, and philanthropist. She is married and a mother of three.

Jaclyn is married to Scott Stapp. Scott is a Grammy award-winning singer.

They first met during her reign as Miss New York USA at a Muscular Dystrophy charity gala in New York in January 2005. After dating for around 13 months, they married in Viscaya Gardens, Florida on Feb 11, 2006.

Their relationship has its own ups and downs. In 2014, Nov Jaclyn filed for divorce and also claimed that he was using amphetamines, crystal meth, and steroids in her divorce paperwork. Despite it, the couple was seen together and continue their relationship.

As of now, they are blessed with three children: Daniel Issam Stapp born on July 4, 2010, daughter Milan Hayat Stapp born on March 2007, and likely another son, Anthony Issa Stapp on November 16, 2017.

Furthermore, she has a step-son Jagger Michael Stapp born on Oct 21, 1998. He was Scott and Hillaree Burns’s son. However, after the divorce, Scott got full custody of the son and was raised along with his family. 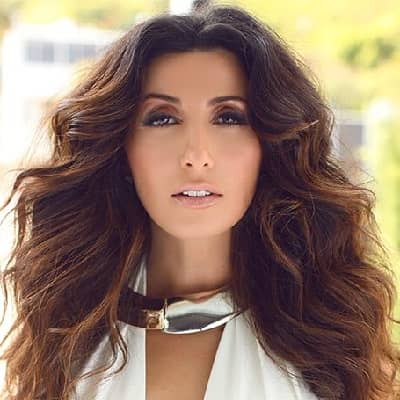 and the greatest of these is love.

Who is Jaclyn Stapp?

Jaclyn Stapp is a model, author, and philanthropist. She is the formal Miss New York USA 2004 and also the Mrs. Florida America 2008.

Moreover, she is the founder of the CHARM Foundation.

Jaclyn was born on July 29, 1980. She was born in Carmel, New York, and raised in Florida. She is of American nationality and has Jordanian descent.

Her dad died when she was young and Jaclyn was raised singly by her mother. She is one of the five children. Her sister  Julia Nesheiwat is an Army Caption and the other sister’s name is  Janette Nesheiwat.

She used to enjoy modeling and acting from her childhood. The model has been competing in pageants since age 13.

Jaclyn went to Umatilla High School in 1998. Meanwhile, she attended Stetson University and finished her Bachelor of Arts degree in Marketing and Communications in 2002.

Stapp firstly entered the pageant for Miss Florida Teen 1995. And later again she after seven years she competed in Miss Florida USA 2001. She became the third runner-up and the following year she again competed in it resulting in the first runner-up. Stapp was also invited by the White House Provisional Coalition Authority to visit U.S. troops in March 2004.

Furthermore, Stapp represented New York in the Miss USA 2004 in Hollywood, California. She won the Mrs. Florida America pageant on May 31, 2008. In the year 2011, Jaclyn represented the country of Jordan at Mrs. World, where she placed in the Top 5.

Jaclyn is also into philanthropy. She is the executive director of With Arms Wide Open Foundation. Likely she is the founder of CHARM (Children Are Magical) by Jaclyn Stapp.

Jaclyn is also an author. In the year 2010, she wrote a children’s book, Wacky Jacky. The book is also available on Amazon and similarly sold for $12 in the US.

The model has amassed a net worth of around $30 million as per 2022’s data. She has founded her own organization. Moreover, the average salary of a model in the US is $22.78 per hour.

Likely, talking about the husband, Scott Stapp has a net worth of $400 thousand now. He also has a good net worth in the 90s when he was a popular rock star.

Jaclyn filed for divorce in Nov 2014. She claimed that he was using amphetamines, crystal meth, and steroids in her divorce paperwork.

However, it was said that Scott being bankrupt was the main reason for their conflicts. Regardless of the divorce rumors, they were seen together eventually. They continued their relationship together and gave birth to their third child in 2017.

Similarly, she has a perfect figure with body stats of 34-23-33 in. She has brown-colored hair with dark brown eyes.