Popular for appearing in various movies like Colony, Suits, and Ballers.

Jacob Buster’s relationship status seems to be as single as of now.

He hasn’t been into any relationship before also. The star may be more focused on his career right now or it may be he doesn’t want to share about his love life in the media. 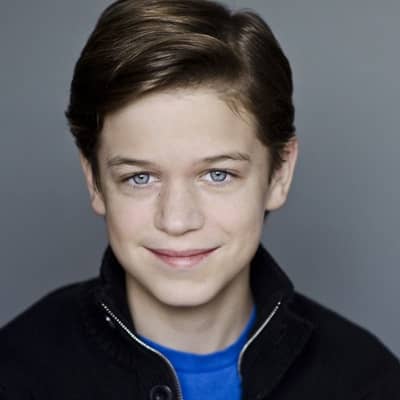 Who is Jacob Buster?

Jacob Buster is a young American actor. He is popular for appearing in various movies like Colony, Suits, and Ballers.

Jacob was born on December 2, 2003. His birthplace is Utah, United States. Likely, his ancestry is of Anglo-Saxon origin.

The actor’s mother’s name is Jennifer Buster who is a casting director. Whereas, his father’s name is unknown but he used to work as a director and writer.

Jacob has an older brother named Christopher Buster and a younger sister named Katie Buster. The information about his academics is not available.

Jacob has established his career as an actor. He debuts into the world of acting playing the major role of Arthur Milligan in the 2012’s episodes of the comedy and mystery-based series “The Writers’ Block”. Likely, in 2017, he starred as Matthew Buckley in the 2016 family film “The Christmas Project”. He got huge fame after playing it.

The same year, the actor was a cast member in the 2017 drama TV film “Searchers” as Young Cooper. Furthermore, he is best known for his breakout role of Charlie Bowman on the USA Network series “Colony” season 2. Talking about his other film credits, they are Lost Boy, The Christmas Dragon, Storm Rider, and Christmas for a Dollar.

In addition, the actor was a guest star on The Thundermans and Suits.

The actor has started his career at a young age and has accumulated around $3 million of net worth. Likely, his salary is around 6K to 8K per episode. Other details regarding his earning are not available.

The 17 yrs old actor has not done any such activities that can lead his name in any rumors and controversies.

Talking about his appearance, he has brown colored hair and blue colored eyes.

The actor is active on Twitter with around 1K followers, over 9.8K followers on Instagram account. Furthermore, the actor also uses TikTok and has amassed more than 3K followers with over 137K likes.

You may also read the bios of Carlson Young, Noah Centineo, Jacob Batalon, and Shely Young.

How old is Jacob buster?

Where is Jacob buster from?