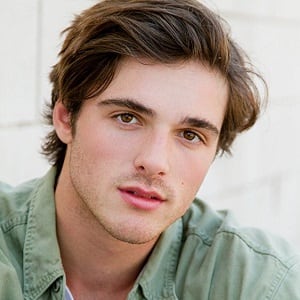 Jacob Elordi is currently in a relationship with actress Joey King. There is no further information available about this relationship.

Who is Jacob Elordi?

Jacob Elordi is an Australian actor. People mostly know him for his role as Noah Flynn in ‘The Kissing Booth’. Additionally, he has also worked as a writer for ‘Max & Iosefa’.

Elordi was born in Brisbane, Australia on June 26, 1997, to parents Melissa Elordi and John Elordi. He was interested in the world of acting and hence always wanted to become an actor since his childhood years. He is of Australian nationality. Furthermore, there are no details available about his ethnic background at present.

Elordi initially began his career as a professional actor by playing The Cat in the Hat in ‘Seussical’. Additionally, he appeared in ‘Carpe Liam’ in 2015. Next, in 2016, he portrayed the role of Max in ‘Max & Iosefa’. Since then, he has appeared in numerous other movies and television series. All in all, he has over 5 credits as an actor.

Some other movies and television series that Elordi has appeared in are ‘Swinging Safari’ and ‘Pirates of the Caribbean: Dead Men Tell No Tales’. Furthermore, he is also involved in the upcoming HBO series ‘Euphoria’ and the horror film ‘The Mortuary Collection’.

Elordi has not revealed his current salary. Additionally, there is no detailed information available about his net worth at present.

Elordi has not been part of any notable controversies in his career. In addition, there are no rumors concerning his life and career at present.

Talking about his body measurement, Elordi has a height of 6 feet 4 inches (1.93 m). Additionally, he weighs around 85 kg. Furthermore, his hair color and eye color is brown.