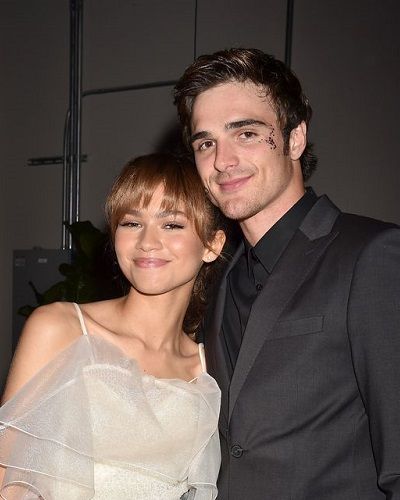 Recently, there were some rumors about the relationship between the Euphoria co-stars, Jacob Elordi and Zendaya. Jacob finally addressed the rumors and cleared the air with his statement.

Are Jacob Elordi and Zendaya dating?

Jacob Elordi and Zendaya are recently on the limelight with the question about their relationship. Jacob recently cleared the air stating that he and his co-star are not dating. Furthermore, he also added that the whole Euphoria cast is very close to each other.

Explaining his relationship with Zendaya, he said that she is more like a sister to him and they don’t have a romantical interest. He addressed their relationship saying:

“Zendaya is an amazing creative, you know? She’s super dope to work with. She’s an incredible artist and a very caring person to all of us. But we’re all really close. There is not one weak link in that show. We’ve spent so much time together and everyone is just so cool to work with.”

The duo went together for a Greece trip which led to the rumor of them dating. They went on the trip along with Elordi’s parents and Zendaya’s bodyguards.

However, both of them were in the town for their work purposes.

Together in GQ Australia Men

The duo appeared at GQ Australia Men of The Year awards.

At the function, Zendaya also gave her speech embracing the moment:

“I feel like sometimes I go, and I go, and I go—and I think a lot of us can relate to this—but you go so hard and sometimes you forget to just kind of stop and take in moments like this,”

Furthermore, she gushed about the moment and added:

“Sometimes, I feel like I work so much I forget about life, and to actually be present in these kinds of moments where you can look around the room amongst people that you appreciate and just take it in. And just be happy…and just be alive for a second. So that’s what I’m gonna do. I’m gonna take a second, look around, and be like ‘Holy shit, this is happening. Pretty cool.’ And please, everyone take a look around at just how beautiful everything is. And just enjoy it.”

You may also read: Mel B had a secret brief affair with the X-Factor Champion James Arthur!

Zendaya is an actress and singer from America. She came into the spotlight after appearing as Rocky Blue on the Disney Channel series Shake It Up. Furthermore, her solo song, “Watch Me” also ranked at No. 9 in the USA in 2011.In addition, she has also appeared as Michelle in the 2017 Marvel franchise movie Spider-Man homecoming. See more bio…

Jacob Elordi is an Australian actor. People mostly know him for his role as Noah Flynn in ‘The Kissing Booth’. Additionally, he has also worked as a writer for ‘Max & Iosefa’. See more bio…