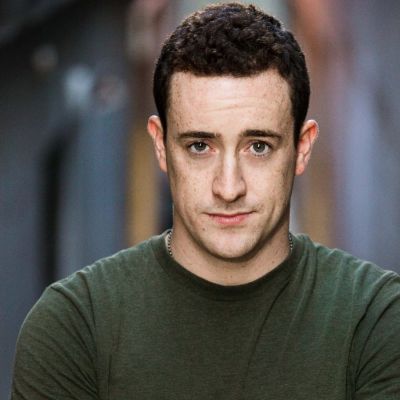 Jacob Grodnik is already taken. He recently gets engaged to a girl named Brianna Asmus.

However, he hasn’t shared much about his love life in the media.

Jacob prefers to keep a low-key profile. He hasn’t yet disclosed his birth date in the media. Also, his parents, early life, and academic details are under the curtains.

Moreover, Jacob is of American nationality whereas his ethnicity is Caucasian at the moment.

In 2011, Jacob made his first cameo appearance as a student in the movie, Stoneville. That year, he also appeared in short, Ties where he portrayed the role of Andrew alongside Alexander Gould and Anthony Leger.

He then appeared in the 2016 action film, End of Gun as Trevor along with Steven Seagal, Florin Piersic Jr., Jade Ewen, and Jonathan Rosenthal. The following year, he appeared in two films Dear Dictator and The Meanest Man in Texas.

In 2019, Grodnik was cast in the role of Toss in the horror-thriller film, The Fanatic as Toss. The film featured popular personalities like John Travolta, Devon Sawa, Ana Golja, James Paxton, and Denny Mendez. Furthermore, his other notable films are,

As of now, Jacob hasn’t been part of any sorts of rumors and scandals. He stays miles away from such controversial matters that create a huge buzz in the media.

Jacob has amassed a decent amount of fortune throughout his successful acting career. His precise net worth, salary, and other earning are still under review.

Jacob has a muscular body physique with a towering height. However, the exact measurement of his height and weight aren’t available in the media.

Likely, he has a brown pair of eyes and his hair color is light brown.

The actor is active on Instagram under the username @jacobgrodnik where he has more than 1.6k followers. Similarly, he has nearly 188 followers on his Twitter account.