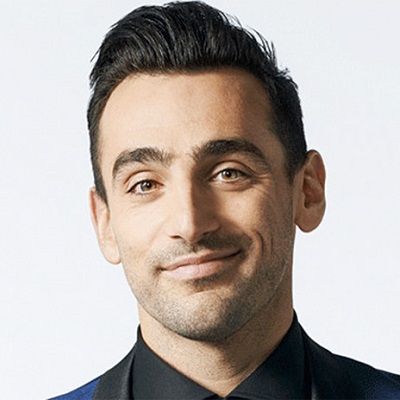 Jacob Hoggard was previously married to a girl he was dating for long since the school life. Her name was Tammy Hoggard. They got married in the year 2005 but it did not last long. The divorce took place in 2009.

Hoggard is currently married to a Canadian actress Rebekah Asselstine on December 31, 2018.

Who is Jacob Hoggard?

Jacob Hoggard is a Canadian singer and songwriter. He is best known for finishing in third place on the second season of Canadian Idol, in 2004. Moreover, he is also famous as the lead singer of the pop-rock band Hedley.

He was born on July 9, 1984, in Burnaby, Canada and he was raised in Abbotsford, British Columbia, and Surrey. Jacob is of partial Italian origin. His father’s name is Nigel Allen and likely, mother’s name is Elaine Allen. And other information about his sibling is unknown.

When he was just four years old he learned to play piano from his aunt. At just young age of 12, he taught himself to play guitar.

He achieves his education in Surrey, British Columbia at Senator Reid Elementary School and Mennonite Educational Institute, Yale Secondary School in Abbotsford. Then he studied at L.A. Matheson Secondary School. Moreover, he was also in the City Central Learning Center.

n 2004 he participated in musical TV show Canadian Idol in its second episode. His friends from the band had a bet of $150 USD saying that he will not be able to place in the top three of Canadian Idol. He absolutely made them wrong and got the third place in the season. After it, Jacob worked with the band in the all of its five albums.

Likewise, he releases his first album Hedley with the band in the year of 2005 which was a self-titled album. His second album with the band is called Famous Last Words. The album was released on the 30th of October in 2007. ‘The Show Must Go On’ is their third album. It becomes a big hit in Canada.

Apart from getting the third place in the Canadian Idol, he appeared in many TV series and Shows at different time. Furthermore, he performed in a documentary short called ‘Lennon or McCartney’ in the year 2014. He got a great response from the people and got popularity for his excellent work.

He hasn’t received any awards yet in his professional career. But he always receives good comments for his work.

His net worth is $3 million USD now. He has performed in various of the great project and must have very good earning from it. Though his salary is unknown.

In 2005, Hoggard and his band members were suspects in a sexual assault case. Moreover, on 25 February 2018, an Ottawa woman accused Hoggard of raping her after the pair met on Tinder in November 2016.

Likewise, on 5 March 2018, a Toronto woman also accused Hoggard of rape. As she detailed an encounter she had with him in March 2013.

Jacob Hoggard stands with a height of 6 feet and 2 inches. And he weighs 75 kg. Moreover, he has dark brown colored hair and hazel colored eyes.