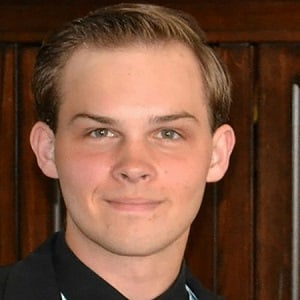 Jacob Joseph Worton has kept his personal life away from the media spotlight. There are no records available relating to his past relationships. At present, he is believed to be single.

Who is Jacob Joseph Worton?

Jacob Joseph Worton is an American actor. People mostly know him for his role of Baby Bink in the movie ‘Baby’s Day Out.’ He has not been involved in show business since his appearance in the movie.

Worton was born in Newark, Delaware on November 16, 1992. He was born to parents Joe and Susan Worton. Jacob is of American nationality. Furthermore, there are no details available about his ethnic background at present. Jacob has an identical twin brother, Adam Robert Worton.

Talking about his education, Worton attended the University of Delaware. He holds a degree in Hotel, Restaurant & Institutional Management.

Worton is mostly known for his appearance in the movie ‘Baby’s Day Out’ in 1994. He played the Baby Bink #2 in the movie. Since then, Jacob has remained far from the show business. Additionally, he previously worked as a baker and a sales associate at Bing’s Bakery. Furthermore, he also worked as a seasonal sales associate in Wiliams-Sonoma Inc, Christian.

Jacob worked as a cook in Parkersburg in 2017. In addition, currently, he is working as a cook in Suburban Restaurant and Beer Garden.

Worton has not revealed his current salary. Furthermore, there are no details available about his estimated net worth at present.

Worton has not been part of any notable controversies in his career. Furthermore, at present, there are no rumors concerning his life and career.

Talking about his body measurement, Worton has a height of 5 feet 8 inches. Additionally, his hair color is dark blonde and his eye color is hazel.