Jacob Latimore has been in a romantic relationship with his girlfriend Serayah McNeill since 2015.

Their relationship started back in 2015 after meeting at the BET awards. Serayah is an American actress model and singer.

Currently, he is going pretty well with McNeill and there is no sign of any separation. 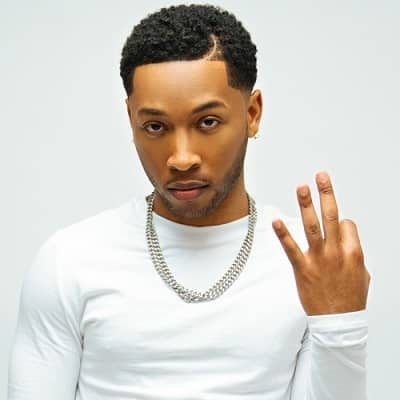 Who is Jacob Latimore?

Jacob Latimore is an American actor and singer best known as Emmett on the drama television series ‘The Chi’.

Furthermore, he won the AAFCA Award for Best Ensemble for the role, Fred Temple in Detroit. In addition, he released his debut album Connection in 2016.

He is the son of Latitia Taylor and Jacob Latimore Sr. He grew up learning to sing from his father and uncles. Similarly, he has three sisters whose name still remains unclear.

He is of American nationality and belongs to the Afro-American ethnicity. Furthermore, his parents homeschooled him for middle school.

His first acting role came in 2009 as Kid No. 1 in TV series called One Tree Hill and was later seen in varieties of films and tv series including Black Nativity, The Maze Runner, Collateral, Candy Jar, Beauty, Detroit, and The Chi among others.

Besides acting on TV, released his hit song “Heartbreak Heard Around The World” ft. T-Pain in June 2014. Moreover, he released his debut album, Connection in the year 2016.

His first album was a major hit in the Top R&B Albums and The Independent Albums. On April 26, 2019, he released the second album, Connection2, the sequel to his first album.

Similarly, he released his third album, c3 on May 22, 2020. He always releases his albums under the label FTE, Jacob’s Ink, and EMPIRE.

Jacob has been nominated for awards like Hollywood Award, BET Award, and Black Reel for his marvelous performance in movies.

Likewise, he is the recipient of the AAFCA Award for Best Ensemble for the role of Fred Temple in Detroit.

Latimore has made a decent fortune from his work in movies, tv, and singing. He has accumulated approximately $1.2M.

There are no rumors about Jacob on the internet.