Jacob Payne is an American professional football player. Previously, he was an arena football player for the Arizona Rattlers. He is married and has a kid.

Jacob Payne is a married man. He announced his engagement to the American television personality Natalie Nunn on April 23, 2012.

The pair later got married. The wedding ceremony took place during May 2012. The couple’s marriage was aired for two episodes of Bridezillas on October 28 and November 4 of 2012.

Natalie revealed on November 12, 2014, that the couple was expecting their first child. Sadly, in February 2015, Nunn revealed she had a miscarriage.

Additionally, in late 2016, Natalie announced that she was pregnant again with a baby girl. Journey Ruth Payne was born on April 17, 2017. 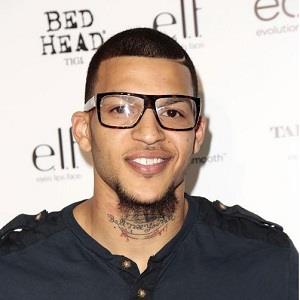 Who is Jacob Payne?

Jacob Payne is an American professional football player. Previously, he was an arena football player for the Arizona Rattlers. Additionally, he has also appeared on WEtv’s ‘Bridezillas’.

He is currently married to American television personality, Natalie Nunn.

Jacob was born in Michigan on July 18, 1990. Most of the information relating to his early life, father, and mother is not available at present.

He is of American nationality. Furthermore, he has not revealed detailed information regarding his ethnic background as of now.

Talking about his education, Jacob attended Central Michigan and played some of his college football there.

As mentioned, Jacob is a professional football player. Previously, he played for the Arizona Rattlers. He has never been listed as a player on any NFL team’s roster, or even on the record as being drafted by any team and then cut.

Jacob Payne became more well-known after he began appearing on the WEtv’s ‘Marriage Boot Camp’. Additionally, after marrying Natalie Nunn, he left the Arena Football League in order to play abroad in places like Brazil. Furthermore, he appeared together with Nunn on WEtv’s ‘Bridezillas’.

Currently, there is no information regarding Jacob’s salary and other incomes. He has not revealed this information to the public as of yet. As of 2022, His net worth is around $100 thousand.

Jacob became part of a controversy after rumors started circulating that suggested that he was cheating on Natalie. This rumor has not been proven as of yet. Currently, there are no rumors or controversies concerning Jacob and his career.

Talking about his body measurement, Jacob Payne has a height of 188 cm or 6 feet 2 inches. Additionally, he weighs 97 kg. Furthermore, his hair color is black and his eye color is brown.

To know more about Erica Tremblay, Jodie Foster, and Billy Crystal, please click on the link.

Are Natalie and Jacob still together?