Known for being the former spouse of actress Zooey Deschanel. He has worked as executive director for the romantic movie ''Before Midnight". 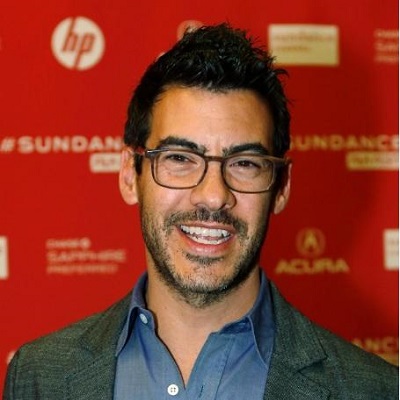 In 2019, Jacob Pechenik got separated from his wife Zooey Deschanel after four years of marriage. They had got married in 2015 in a super-private ceremony. Together they have two children: Elsie Otter Pechenik (daughter) and  Charlie Wolf Pechenik (son).

Jacob Pechenik is an American executive producer and known for being the former spouse of actress Zooey Deschanel. He has worked as executive director for the romantic movie ”Before Midnight”.

Born on June 16, 1972, in San Antonio, Texas, Jacob currently is 47 years old. In his childhood, he was more interested in science and physics than films. Therefore he went to Massachusetts Institute of Technology and graduated in chemical engineering.

Shortly after his graduation, Jacob started his career as a CEO of a start-up TechTrader with the help of his fellow MIT graduates, which was designed to facilitate business-to-business enterprise software for the public.

In 2003, he set up YellowJacket Software with the goal to provide a better method of the trade of over-the-counter products.

In 2007, Jacob decided to start his own film production company, Venture Forth Productions to produce independent movies. The first product of the company was the film, Terri (2011) which got really good reviews from the audience. Since then Jacob has also been involved in many of the blockbuster movies that include The Inevitable Defeat of Mister & Pete, Jobs, The Skeleton Twins, Song One, Solace, just to name a few.

With success in film production, he has good earnings. The film producer’s net worth is around $3 million which is comparatively smaller than his former wife’s net worth, being $25 million.

Jacob Pechenik and Zooey Deschanel have split after four years of marriage. They got engaged in 2015 and soon got married in June 2015. They also welcomed their first child that year, a daughter named Elsie Otter Pechenik, and in 2017, they welcomed a boy named Charlie Wolf Pechenik.

“After much discussion and a long period of contemplation we have decided we are better off as friends, business partners, and co-parents rather than life partners,” they told E! News in a joint statement. “We remain committed to our business, our values and most of all our children. Thank you for respecting our privacy at this time.”

He is a very private person and is not very active on social media. Therefore, he has low-key when it comes to his personal life but he doesn’t mind PDA. He with his former wife Zooey has named their children after animals.

Zooey Deschanel welcomes a baby boy With Husband Jacob Pechenik. Know about her struggle during pregnancy