Jacob Pitts is married to her wife, Tereza Nvotová. Tereza Nvotová is a popular Slovakian Actress and Director. They tied their lifelong knot in June 2020.

The couples are spending their life in a private way. 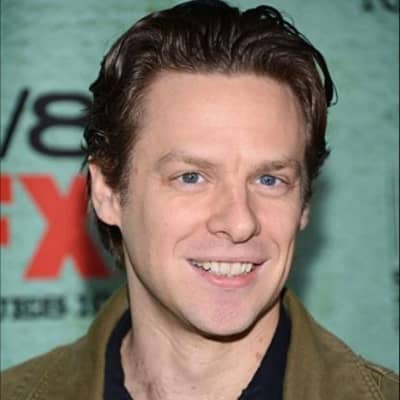 Who is Jacob Pitts?

Jacob Pitts is an American TV and film actor. He has appeared in some popular tv series such as EuroTrip, The Pacific, and Justified.

Jacob has also appeared in TV shows such as Law & Order, Ed, and Sex and the City. Moreover, he is also the partner of the Slovakian Actress and Director, Tereza Nvotová.

He is the son of Arlene and Joseph Rives Pitts. Jacob is the only son of the Pitts family. He expressed himself as a hyperactive child. Pitts was raised in his hometown, Weston.

He is of American nationality. His ethnicity is Caucasian. Further, his birth sign is Scorpio. Talking about his education, he attended Weston High School where he was involved with a theater production company.

Jacob Pitts made his professional screen debut in the comedy television series ‘Strangers with Candy’ in 1999 as Craig Snow. Moreover, he has portrayed the role of Tim Gutterson in the Western Crime Drama, ‘Justified.’ Jacob’s role in the drama got huge recognition and was much loved by the audiences, reviewers, and critics. Likewise, he has acted in many TV series that includes:

and many others. Besides Tv series, he has acted in the 2002 Film, ‘We Were the Mulvaneys’ as Patrick Mulvaney. He is also popular as Fisher in the American Heist Drama film ’21.’ Some of his movies include:

Of all his acting, movies, and dedication, why not Pitts has a net worth of over $1M. Likewise, he is a dedicated and hardworking person who focused on his professional career. His partner, Tereza Nvotová has an estimated net worth of around $1M-$5M.

In 2008, Pitts won the Best Ensemble Award for his role in 21 at the ShoWest Convention situated in the United States.

There are no rumors and controversies about his personal life or professional life. Likewise, Jacob is the kind of person who always tries to mark his place in the showbiz industry.

Pitts stands at a height of 5 feet 8 inches and is of average weight. Similarly, he has a well-shaped body. He has dark brown hair and blue color eyes.