Actor Jacob Scipio is presently low-key about his love affair.

Talking about his love life, Jacob Scipio is presently single and he is not dating anyone at the moment. He might be focused on his career at the moment.

Moreover, Jacob seems to be very private in nature and has not shared his detail’s in the public. He has maintained his profile low-key. 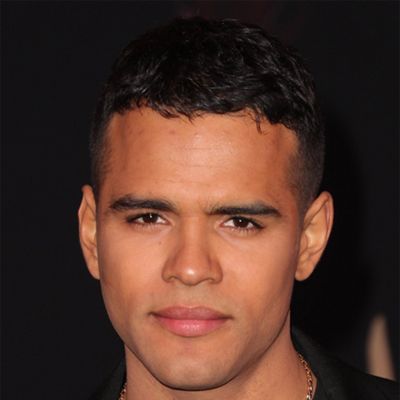 Who is Jacob Scipio?

Jacob Scipio is a well-recognized British actor and writer. Scipio is widely famed for his role of villain Armando Aretas in the action-comedy, Bad Boys for Life, directed by Adil El Arbi Bilall Fallah.

Jacob Scipio was born on 10 January 1993. At present, his age is 28 years old. Likewise, his birthplace is Islington, London, England.

Not much is known about his father and mother’s details, Jacob has been secretive towards his family details. Moreover, his sibling’s information is also not revealed in the public.

Talking about his nationality, Scipio holds a British identity whereas his ethnicity is Indo-Guyanese-English.

Regarding education, the actor took his early education at St. Michael’s Church of England Primary School. later, he attended Fortismere School in Muswell Hill. Scipio then studied at the University of Essex Colchester Campus. He was awarded a Bachelor of Arts in Film and Literature.

Professionally, Jacob started his acting journey landing his debut role at the age of 9 months in an episode of the Screen One series, Bambino Mio. He also appeared in different television films, theatres throughout his childhood such as White Teeth, The King and I as, and so on.

Likewise, the star portrayed the Lead villain role, Armando Aretas in Bad Boys for Life for which he was highly praised and admired. After some months, he was featured in The Outpost, a real story of American soldiers in the Battle of Kamdesh.

Scipio also portrayed the role of Justin T. Gallegos, a US Army Staff Sgt. who was awarded the Distinguished Service Cross. He has also featured in Last Looks and Without Remorse. On the other side, the actor has performed in many television series as well.

Jacob has performed in As the Bell Rings, Kerwhizz, Some Girls, Pieces of Her, and so on. He was cast in the 2012 Life In My Shoe production Undefeated, an HIV awareness campaign that was premiered at the 2012 Cannes Film Festival.

A talented artist, Jacob has earned a handsome amount of money from his profession. He has been active in his profession from the year 1994 till the present.

It is reported that Jacob Scipio has an estimated net worth of $4 million. He has appeared in commercials for brands like Snickers, Toyota, and Coca-cola.

Jacob has never been part of any controversial matter or rumors till now. The actor has been preoccupied with his professional and private life.

It seems that Scipio prefers enjoying his personal life and does not want to merge it with his professional life.

28 years old star, Jacob has handsome looks and an admirable personality. He stands at a height of 5 feet 9 inches. Also, he has a balanced body weight of 72 kg.

Furthermore, Scipio has black eyes whereas his hair is also black. His shoe size is 8(US).

Regarding his social media presence, Jacob Scipio is an active personality on social media. Jacob has more than 86.8k followers on his official Instagram account @jacobscipio.

How much is Jacob Scipio worth?

How Tall Is Will Smith?