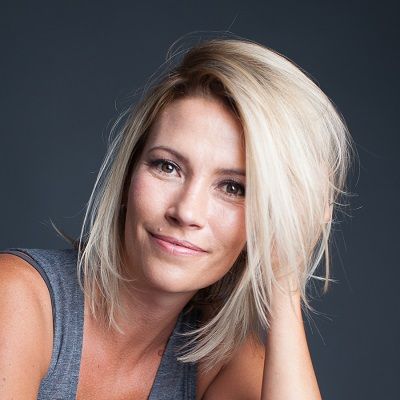 Jacque Gray is currently single. Previously, she was married to Todd Mitchell in 2005. Their marriage did not work out and they divorced in 2012 after 7 years of marriage.

From her social media, it is known that she has two sons.

Who is Jacque Gray?

Jacque Gray is an American actress known for playing the role of Kathy in Drive Me Crazy, Carolyn Merrill in Brigham City and Riley Sanders in Phobic.

At present, she is working on her post-production The Night Clerk in the role of Karen Perrette.

She studied Political Science at the University of Utah in Salt Lake City, UT, United States. After that, she attended GCU – Grand Canyon University Online and studied Masters of Science in Licensed Professional Counseling.

Jacque is an actress for McCarty Talent Agency. McCarty was established in 1973 and is based in Salt Lake City, UT, United States.

In the year 1996, he landed in the role of Kazumi in Wish Upon a Star. After that, she played Jennifer Rydell in Promised Land. She appeared as Kathy in 1997 TV movie Detention: The Siege at Johnson High.

In the late 1990s, she played Kathy in Drive Me Crazy, Tiffany in Only Once and Chloe Summer in Touched by an Angel. From 2000-10, she appeared in God’s Army, Resurrection Blvd, It’s Alright Ma, I’m Only Trying, Brigham City, The Book of Mormon Movie, Volume 1: The Journey and Evil Angel.

From early 2010 to present, she has played multiple roles in dear Dumb Diary, Storm Rider, Christmas for a Dollar, Love Me Like You Do, One Shot, No Ordinary Shepherd, Christmas Under Wraps, My Summer Prince, Drop Off, The Stray and Looking Glass.

She played the role of Misty Davis in the movie The Stray which made a box-office collection of $1.6 million US. Drive Me Crazy collected $22.6 million US where she played Kathy.

She played the role of Jessica in Looking Glass which made box office collection of 299.5 million US.