Jacquees is an American singer and songwriter. Jacquees is dating his school sweetheart and the father of two. His 2016 single, "B.E.D.", was on the Billboard charts for 7 weeks, peaking at number 69.

Jacquees is yet to be married. He is in a relationship with his school lover. His girlfriend’s Instagram username is @Reign’s World.

They have two children: the first kid is a son Reign and the second child is a daughter Iniko born in December 2020.

When they were at an early age, they started their affair. Some of the sources claimed that his girlfriend’s name is Nesha whereas some claimed her name to be Stanehsha.

He, however, has not accepted yet. 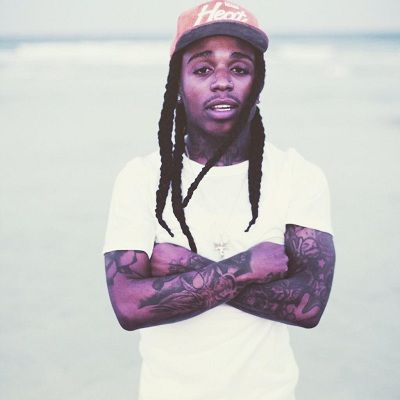 To stop the flow of music would be like the stopping of time itself, incredible and inconceivable.Music is the art of thinking with sounds.Music is your own experience, your own thoughts, your wisdom. If you don't live it, it won't come out of your horn. They teach you there's a boundary line to music. But, man, there's no boundary line to art.

Jacquees Broadnax is an American R&B singer and songwriter. He signed a recording and management contract with Cash Money Records in 2014. His 2016 single, “B.E.D.”, was on the Billboard charts for 7 weeks, peaking at number 69.

On June 15, 2018, his debut album, 4275, was released. He has worked with numerous other artists in the genre, including Chris Brown, Trey Songz, Donell Jones, T.I., Jermaine Dupri, Young Thug, and Wale.

Jacquees was born on April 15, 1994, in Atlanta, Georgia, U.S. He was raised alongside his brothers and sisters.

There is no information about his father whilst his mother’s name is Rosie Broadnax. He belongs to American nationality but his ethnicity is African-American.

When he was only 12, he mastered his craft all by himself, with enough practice, and never had a vocal coach. Apart from singing, he also started writing songs, sometimes with his friends.

He met a former manager, Orlando Grind in 2007. Before he finally met Russell “lock” spencer, who is a founder and then-CEO of Block Entertainment, then he performed in a variety of talent shows.

However, he merely was blended with the team that did not offer him the opportunity to show his true talents, then he later worked in various different recording studios.

Furthermore, Block’s focus was only rap music, not R&B. He later began working closely at the Block Entertainment’s recording studio, which was featured by Atlanta rapper T.I. and gaining some more risk with a release of a track, “Krazy”.

Jacquees independently released his second EP, 19, which debuted at number 15 on the US Billboard Top R&B Albums on March 25, 2014. Chris Brown, Rich Homie Quan, Lloyd, and Trinidad James are the guest appearances from 11-track EP.

On the Billboard Hot 100, he has found recent mainstream success with his 2016 single “B.E.D.”, charting so far at number 69. He revealed that he has auditioned for a few movie roles and is all set to make his acting debut soon, in a recent interview.

In 2018, he was nominated for an iHeartRadio Music Awards for R&B  Song of the Year for the track “B.E.D”.

He also collected a lot from his songs and albums. Moreover, he sold several bags from an online shopping site, sprayground.com, which is also part of his net worth.

After, Ella Mai responded to the controversy surrounding Jacquees’ remix of her song ‘Trip'”, it was removed from distribution.

His hair color is black and his eye color is dark brown. He has Long dreadlocks and a lot of tattoos. Moreover, he often wears a diamond nose stud and there is no further information about his body measurements.