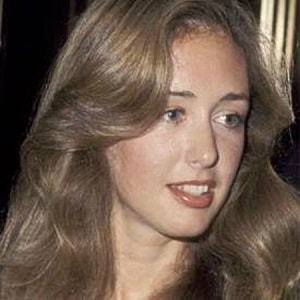 Jacqueline Carlin is currently single. She is with her son Ryan Jorden Melcher, a real estate professional.

Ryan is the son from Jacqueline’s third marriage to Terence Paul Jorden Melcher in the 1980’s.

Terry was a Singer, Songwriter and Music Producer. Among others, he was the music producer for the Byrds and the Beach Boys,

Together they had their son, Ryan Jorden Melcher, who was born in 1983 May. And in 1997, Jacqueline and Terry divorced.

Sadly on 19th November 2004, Terence Paul Jorden was to die of melanoma.

Jacqueline’s second husband was Chevy Chase. They stayed married from the 4th of December 1976 to the 14th of November 1980 only.

Her first husband was Peter Byam Cannon whom Jacqueline married on the 8th of January 1966, when she was just a little over twenty-three.

Who is Jacqueline Jean Carlin?

Jacqueline Jean Carlin is a renowned American actress, host and TV personality. Jacqueline is known for her performance in ‘Thank God It’s Friday’ and ‘Bronk’.

Jacqueline was also on the ‘The Chevy Chase Show’ in which her then-husband, Chevy Chase also appeared.

She is also known as the famous ex-daughter-in-law of the renowned American singer, Doris Day.

She is a Scorpio and is currently 76 years young and of Caucasian ethnicity. She has a son, Ryan Jorden Melcher with her.

Ryan is approximately 36 years now and works as a Real Estate Executive.

As family members, her in-laws are a formidable influence in her life. Her husband Terry Melcher’s parents are Al Jorden, and the famous diva- singer and actress Doris Day.

Doris loved her son Terry. And it was Terry who wrote a song for her entitled- Move Over Darling. He was Doris Day’s agent too.

Jacqueline began her career in the 1970s and is the first female to appear on Saturday Night Live. The year was 1975 and the skit was called New Dad.

Then she was on the 1975-76 television series ‘Bronk’ as Sarah. This series highlights the adventures of detective Alex Bronkov of the Ocean City, California Police Department.

Jacqueline Carlin then appeared in ‘Thank God It’s Friday’ in 1978, a comedy about Friday nights at the disco club, Zoo. Here is where office staff and clients meet up and dance their lives away.

Similarly, she also was on Johnny Carson’s- The Tonight Show. It was aired from 1962-1992 and Jacqueline was on the show as herself- Mrs. Chevy Chase.

And in 2005, Jacqueline Jean Carlin appeared as herself on  TV’s Special Documentary ‘The First 5 Years of Saturday Night Live’ which was broadcast in real-time.

Here are some award-winning movies and TV shows that Jacqueline Jean Carlin appeared.

Jacqueline has an estimated net worth of around $1- $5 million US.

Jacqueline has hazel-blonde hair and green eyes. Her body measurements are 36-26-36 inches approximately.

Jacqueline Jean Carlin is ranked at 13557 on the list of popular Actresses on one of America’s movie-savvy websites.