Jacqueline Jossa is an English actress. She is married and the mother of two kids.

Jacqueline Jossa is a married woman. She has been married to Dan Osborne since June 24, 2017. The duo got engaged in June 2015. Dan proposed to Jossa when they were attending her sister’s wedding.

The duo welcomed their daughter, Ella Selina Osborne on February 15, 2015, but they separated in late April 2018. At that time, Jossa was seven months pregnant and they became close again following the birth of their second daughter, Mia Osborne on June 25, 2018.

They went on to officially reconcile in September 2018.  Dan has a son named Teddy from his previous relationship with Megan Tomlin. 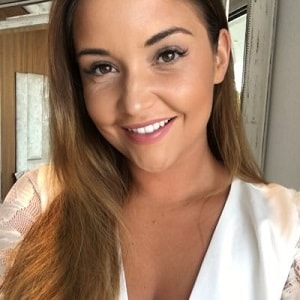 Who is Jacqueline Jossa?

Jacqueline Jossa is an English actress. She is best known for portraying the role of Lauren Branning on the BBC One soap opera ‘EastEnders’ from 2010 to 2018.

She was born on October 29, 1992, in Bexley, London, England. Her birth name is Jacqueline Mary Jossa and she is currently 27 years old.

Her father’s name is John and her mother’s name is Sarah Jossa. She has got siblings: Katrina Jean Farrelly, David, and John and she is the cousin of actress Megan Jossa.

Jossa holds British citizenship but her ethnicity is unknown.

Talking about her education, she studied at the D&B Theatre School in Bromley, Kent, England.

Jacqueline Jossa began her career as Lauren Branning in 2010 from ‘EastEnders’, taking over from Madeline Duggan who portrayed the role from 2006 to 2010. She first appeared on the show on September 27, 2010. From 2010 to 2011, she made her appearance in Lauren’s internet spin-off series ‘Lauren’s Diaries’.

She also made her appearance as a panelist on the BBC Three comedy panel show ‘Sweat the Small Stuff’ in 2013. It was announced in September 2017 that she would be leaving the show ‘EastEnders’ after 7 years and the decision was made by the new temporary producer John Yorke.

Also, she was nominated for TV Quick Award in the category Best Soap Newcomer for ‘EastEnders’ in 2011.

As of 2022, she has an estimated net worth of around $1.5M and she has earned that sum of money from her professional career.

Jossa found her husband, Dan kissing Alexandra Cane and she became very angry and separated for some months but later reconciled.

Jacqueline Jossa has a height of 5 ft. 7 inches and she weighs 58 kg. She has dark brown hair and dark brown eyes. Her body measurement is 37-24-37 inches.

To know more about Kaitlin Olson, Grace Gummer, and Kim Greist, please click on the link.