Jacquelyn Smith is an American actress and businesswoman who has been four times married and divorced three times. Her present husband is Brad Allen and the two wed in 1997.

Jacquelyn Smith has been married a total of four times. She was first married to actor Roger Davis whom she wed on 29 November 1968. The couple later divorced on 15 January 1975.

She then married Dennis Cole, an actor who had appeared on ‘Charlie’s Angels’ in 1977 and 1978. The marriage lasted about 3 years from 29 October 1978 to 23 July 1981. Cole’s son from a previous marriage, Joe Cole, with whom Smith had maintained a relationship after her divorce from his father, was murdered in 1991 during a robbery; the case remains unsolved.

Her next marriage was with filmmaker Anthony B. Richmond with whom she had two children, Gaston (born 1982) and Spencer Margaret (born 1985). They were married on 4 August 1981 separated and later separated in 1989. 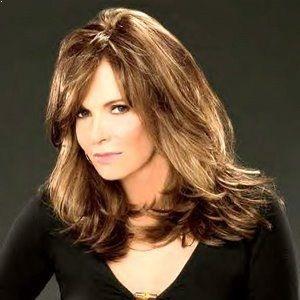 Angels are like diamonds. They can't be made, you have to find them. Each one is unique

I always tell my children, 'You have to face your fear. If not, it's like running from a dog that will bite you in the back

You have to be reasonable with yourself and not feel guilty when things aren't perfect.

Who is Jacquelyn Smith?

Jacquelyn Smith is an American actress and businesswoman who is best known for her role as Kelly Garrett in the television series ‘Charlie’s Angels’.

She has also appeared in films such as ‘Nightkill’, and ‘Déjà Vu’. She has her own brands of clothing and perfume that she began developing and marketing in 1980.

Jacquelyn was born in Houston, Texas on October 26, 1945, to Margaret Ellen and Jack Smith. She belongs to a mixed ethnic background of Ashkenazi Jewish, English, as well as Scottish, Irish, and Welsh.

Jacquelyn attended Mirabeau B. Lamar High School and graduated from there in 1964. She was then enrolled at Trinity University in San Antonio.

Jacquelyn Smith moved to New York City with hopes of dancing with the ballet after her graduation. She soon found work in television commercials and print ads, including one for Listerine mouthwash, and hence her career shifted to modeling and acting.

Her first acting gig outside the Angels mold was the CBS-TV movie of the week ‘Escape from Bogen County’ in 1977. She then had a leading role in Joyce Haber’s ‘The Users’. Her part in the movie ‘Jacqueline Bouvier Kennedy’ was acclaimed by critics around the world and she garnered a Golden Globe nomination for Best Actress. Her most notable work is arguably for ‘Charlie’s Angels’ where she played the role of Kelly Garret and she was the only original female lead to remain with the series for its complete run.

Other movies and television series that she has been part of include ‘Çharlie Angels: Full Throttle‘, ‘Settle the Score’, ‘Christine Cromwell’, ‘Kaleidoscope’, ‘Lies Before Kisses’, ‘The Rape of Doctor Willis’, ‘Family Album’, ‘Cries Unheard: The Donna Yaklich Story’, ‘Married to a Stranger’, ‘Hope & Faith’ and other. She has more than 50 credits as an actor for various movies and TV shows.

Apart from her Golden Globes nomination in 1982 for ‘Jacqueline Bouvier Kennedy’, she was also nominated for the TV Land Award in 2007.  She has a total of 1 win and 4 nominations to her name.

There are no rumors concerning Jacquelyn and she has not been involved in any controversies to date hence successfully maintaining a good public image.