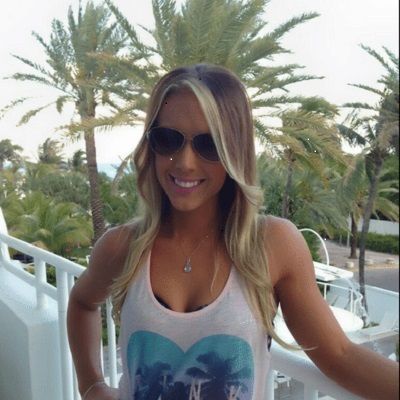 Jacquelyn Verdon-Frazier is married to Todd Frazier since 14th December 2012. They wed at the Presbyterian Church in Toms River, New Jersey.

The marriage reception was held at The Grand Marquis, Old Bridge in New Jersey, and the wedding guests included Todd’s teammate Brandon Philips and a dear friend, Harold Reynolds.

Todd Brian Frazier is the third baseman for the New York Mets of Major League Baseball, the MLB. Jacquelyn and Todd have three children, Blake, Kylie, and Grant and they live in New Jersey.

Jacquelyn Verdon-Frazier is an American gymnast. Jacquelyn Verdon is also an entrepreneur and works as an Assistant Consultant at Rodan & Fields Skincare.

Jacquelyn’s husband is Third Baseman, Todd Brian Frazier who plays for the MLB.

Jacquelyn Frazier was born as Jacquelyn Verdon in Freehold, New Jersey, US. Her parents are Kevin Verdon and Cheryl Verdon and they belong to Scottish-Canadian-American ancestry.

Jacquelyn’s sister is Danielle Verdon, a Rutgers gymnast just like her. Every time they get together, the gymnast sisters strut their stuff at home even today.

She has attended Rutgers University.

Life in the Varsity

Jacquelyn graduated from Rutgers University, New Brunswick, New Jersey, US. At Rutgers’ she was a student-athlete and from 2004 till 2008, she was in the EAGL All-Academic Team.

As a sophomore in 2006, Jacquelyn was awarded The Most Improved Gymnastic Award. Thereafter in the same year, she appeared for the Scarlet Knights on beam.

In 2007, Jacquelyn became a member of the National Association of Collegiate Gymnastics Coaches for Women Academics All American.

Jacquelyn is a baseball player’s wife and homemaker. Besides, Jacquelyn also works as a consultant for Rodan & Fields, a skincare company.

Mr. and Mrs. Frazier’s net worth is $7 m US combined. As a skincare consultant Jacquelyn earns around $84k US.

Jacquelyn Verdon-Frazier has blonde hair and blue eyes. She has an average height and weight.

You may also want to read about the single and married biographies of Todd Frazier and Danny Rose.